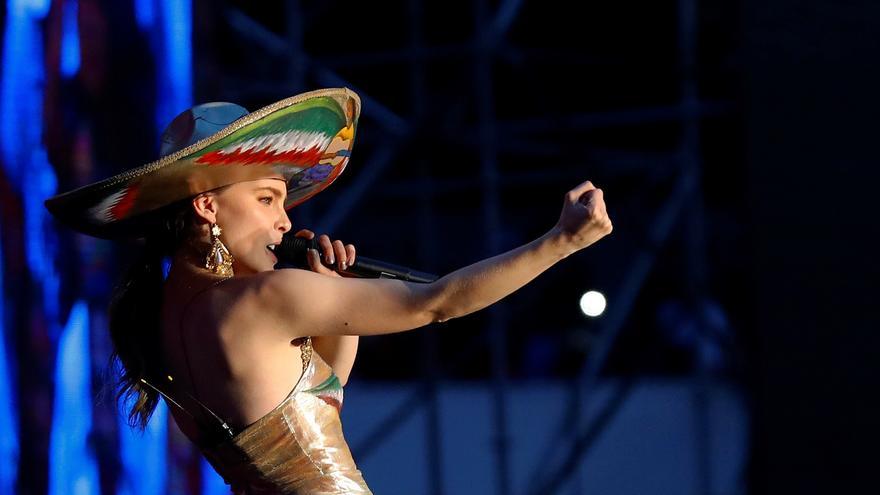 Mexico, May 25 (EFE) .- The popular Mexican singers Belinda and Christian Nodal announced their marriage engagement on Tuesday after almost nine months of dating.

“Ladies and gentlemen … Belinda Peregrin Schull just made me the luckiest man in the world,” Nodal wrote on Instagram along with two photos of them both showing the engagement ring.

Although no details of the request or the date of the link were specified, many colleagues and friends of the couple congratulated them by commenting on the publication.

“Esooooo carnalitoooo !!! Congratulations to both of you !!”, wrote the American composer Edgar Barrera; “Ehhorabuena locooo,” said Spanish rapper Rels B; “Guayyyyy coolyy coolyyy. What happiness or more happy … I’m very very very happy for you … I always knew !!! I am the best cupid in the world !!!”, said the stylist Reading Pantaleón.

In addition, there are many followers of both artists who were excited about the news, which was longed for by a large sector since they announced their relationship.

“Long live the bride and groom!” or “I hope they will televise Belinda and Nodal’s wedding” are some of the most recurring comments so far.

Since they began their relationship in August 2020 after coinciding in the program “La Voz México”, they became the couple of the year in the country and they were always very close despite the many rumors that arose about possible fights or breakups.

In addition, the couple started the year with a new member of the family, a small chihuahua named Cuatro who arrived a few days after Belinda told on social networks that she had lost her dog Gizmo, who had been with her for 13 years.

Nodal (Caborca, in the northwestern Mexican state of Sonora, 1999) made the leap to fame in 2016 with the song “Adiós amor”, which is still playing on Mexican and American radios and homes.

For her part, Belinda, born in Madrid in 1992 but raised in Mexico, became an icon from a young age due to her appearance in soap operas and her musical career, with hits such as “Bella traición” or “Amor a primera vista”. done more than grow.

Until her relationship with the Sonoran, she had always been very reluctant to disclose her romantic relationships.

Coinciding with this long-awaited commitment, they recently made public that they will make a version of the famous bolero “Si nos nos deja” by José Alfredo Jiménez for a soap opera.