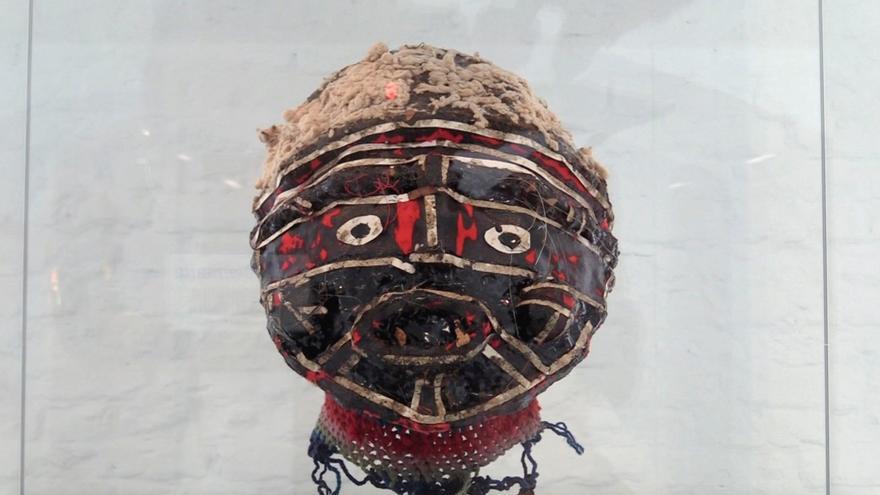 Brussels, Jul 24 (EFE) .- Some of the objects exhibited in the Belgian Museum of Africa, which houses one of the largest collections in the world in the center of that continent, will soon begin a one-way trip to the Democratic Republic of the Congo, as part of an innovative process for the return of goods obtained illegally in the former Belgian colony.

The plan, launched by the coalition government of the liberal Alexandre de Croo to restore the objects looted by Belgium, is part of the “growing” European debate on how the collections have reached the continent and whether or not they should be returned. explains the museum’s director, Guido Gryseels, in an interview with Efe.

“In some African countries, such as the Congo, clearly a certain number of objects were looted and violently acquired. And these do not belong to Belgium. The Government said that those objects that were clearly stolen should immediately become the property of the Congolese state.” underlines.

The approach of the Belgian proposal is “certainly innovative”, he continues, “since in most countries” the process begins with a request for the return of the country of origin, whereas here, once it is certified that the object was stolen or acquired by looting, “it will automatically become the legal property of the Congo.”

In this museum, located in the Belgian municipality of Tervuren, 12 kilometers from Brussels, and which houses one of the largest collections in the world focused on Central Africa, some 128,000 objects from former colonies are kept, of which 85% come from the old Belgian Congo.

According to estimates, 1% of these objects – about 883 – would have been looted, while almost 60% were acquired legally. Of the rest, about 35,000, their origin will be determined through an investigation that could take up to five years.

The transfer of these almost nine hundred objects will not be done immediately, the times and forms will be set by the Congolese Government – the legitimate owner of the assets once the transfer of ownership is made effective -; It can even decide whether to stay in Belgium and under what conditions, says Gryseels, who points out that the lack of human and technical capital in the Central African country could delay deliveries.

THE STORIES BEHIND THE OBJECTS

While the transfers are materializing and the investigations continue to find the origin of some goods, the museum has launched an original initiative to try to do pedagogy, showing visitors how the exhibited object was obtained.

Thus, by reading the QR code that appears next to each piece, the public can check whether each of the dozens of masks, pieces decorated with African motifs or even jewels and ancient utensils was looted, is under study or, otherwise your transaction was legal.

The small statue of Nkisi nkonde, a doll made of wood and dating from the first quarter of the 19th century, is one of those objects that was illegally obtained and whose history brings to the present the atrocities that occurred in the years in which the Congo was a colony.

The figure was stolen by a Belgian merchant who did not reach an agreement with the head of a Congolese village, so he ended up burning the town, assassinating the leader and taking all his objects, says Gryseels.

It remains to be seen if any of the objects that will be studied contain tales as bloody as that of this doll.

The historian, too, points out that a large majority of the assets – some 1,500 – acquired when the territory was the exclusive property of King Leopold II (1885-1906) “were obtained in a violent manner”, while when it became the Belgian Congo ( 1908-1960) it is certain that at least half was obtained legally.

THE MEMORY OF THE CONGO IN BELGIUM

In recent years, Belgium’s colonial past has surfaced in the public debate in the country, especially because of the atrocities committed in the Congo under Leopold II.

At the beginning of July, the Government of Belgium presented a project to study the provenance of assets from its former colonies, which establishes a framework for the return of expropriated objects, most of which would belong to the Democratic Republic. of the Congo.

“But there are still steps to be taken”, clarifies Gryseels. “The proposal has yet to be discussed with the Congolese. There has to be a memorandum of understanding between the Congo and Belgium.”