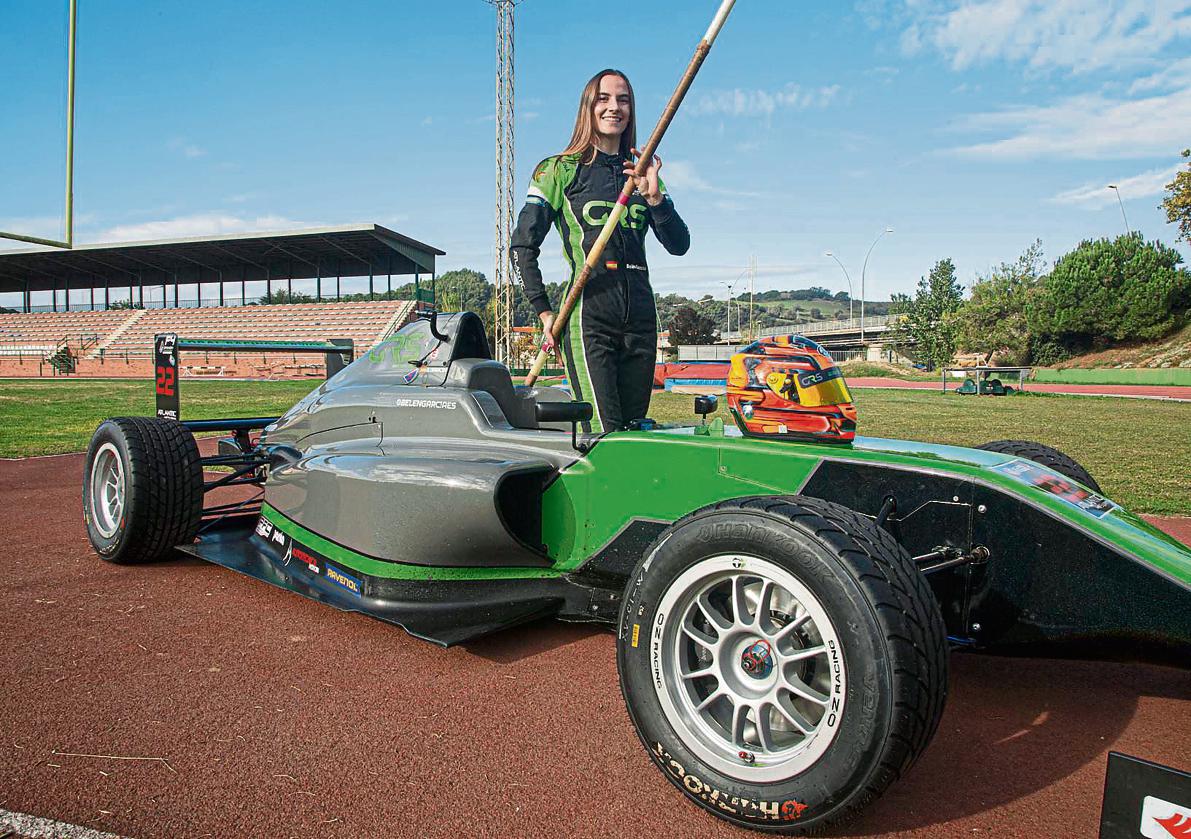 Nobody would say that such a light body and a look so sweet, almost angelic, can transform into a warrior at the wheel capable of winning races for the boys. Belén García (Granollers, 1999) already knows what it feels like to do it: she has been the first woman to win in a FIA championship, the F-4 Spanish Championship, in April. Seven months and 16 races later, today he reaches the final event of the contest, in the Circuit of Barcelona-Catalunya, next to his house in l'Ametlla del Vallès, with the option of being a female champion of the Spanish F-4.

"To win the title I should be ahead of my rivals," says Belen's shy but firm voice. An unusual case: it combines – and quite successfully – athletics, as a pole vaulter, motor racing and the second course of Telematic Engineering in La Salle. “It's hard to get everywhere, sometimes I don't know where I am anymore, but when you like something, you work to make it look your best; My secret is to be as prepared as possible to do it in the best way, ”says Garcia.


HAVE FEET IN THE FLOOR

“The F-1? I live in the moment, which is already a gift ”, says García, who can be the F-4 women's champion

He started with athletics at age 6, at the Granollers Atletisme Club. “First I did half a bottom, then speed and jumps; long, triple, even fences … I could not decide, and I ended up doing pole vault two years ago. I have the club record, with 3.15 m (from 2018, when it was 5th of Catalunya sub'20) ”, but at that height it was the best approved personal brand. “Last year I jumped 3.50 in training (the women's absolute Spain record is 4.51). I have not been able to compete to make it official. This 2019 I have competed very little, this year has been crazy ”, he laments. The fault: the cars.

The gasoline and speed virus was inoculated by his father, José Luis García, motorcycle and car rider, now doing off-road rallies. “The races have always been present at home; I remember Schumacher's careers, my first reference, with 5-6 years. With 9 I asked my father to go on a karting; we ran in the kartodrome of Lliçà de Vall on Sundays. But seriously I started at 16 competing in the Spanish Championship. ” It ran four years and became absolute 10th. In 2019 he climbed to the Spanish F-4, the first step in the jungle world of the cars, where he leads the women's classification and is 15th absolute of 20 drivers. He was also 6th in the informal F-4 World Championship in Vallelunga, and has just been selected to run the second edition of the W Series (2020), the women's mini F-1, with 20 of the best drivers in the world.

“I would not want to leave any. I can apply the pole to the car, like the display of the jumps in the exits ”

“It is a great opportunity to climb more rungs in motor racing, where it is hard to stay. I will go from piloting an F-4 to an F-3, from 160 hp to 270, a more complete and complex car, with more aerodynamics and more cornering, a car that gives more respect. But I never think that I can hurt myself, if I thought about it, it wouldn't go well, ”says Belén, who dreams of being able to dedicate himself professionally at the wheel.

In the F-1? Garcia keeps his feet on the ground. “I prefer not to think about it and live the moment, which is already a gift. I go step by step, trying to do things well, to make progress better. ” And one of the first duties is "to gain muscle, there is no way to gain weight … Weight 47.5 kg, helmet included, and I measure 1.61 m. I am very small, I have to adapt the pedals, the seat, the weight … I have to run with ballast, 24 kg of lead, it almost does not fit in the car! ”, Explains this small Catalan pilot who resists to hang the pole. “I would not want to leave anything; I apply things from the pole to cars, such as the display of jumps at exits. And also the other way around. ”

Villarreal: Pau Torres: “We have to recover our best version at home”

Wolves: the ‘parakeets’ seek an almost impossible comeback in Europe