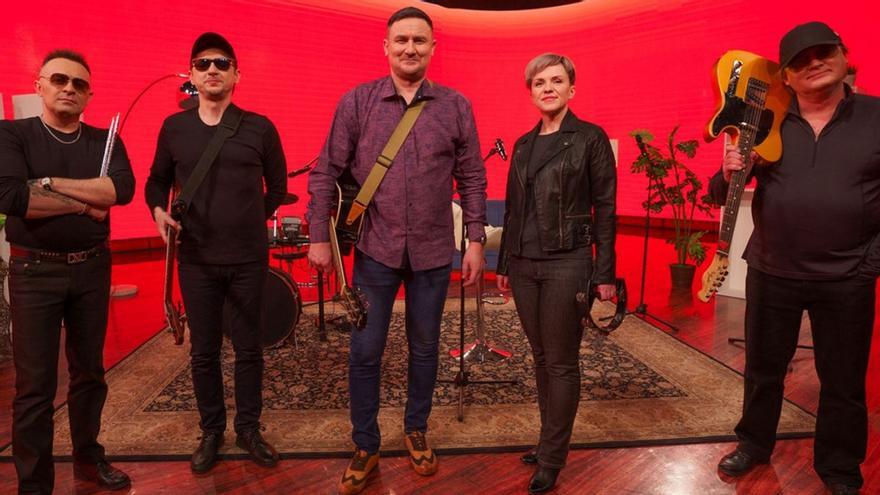 The European Broadcasting Union (EBU) rejected this Thursday the song presented by Belarus to the Eurovision Song Contest, ‘I´ll teach you’ by Galasy ZMesta, for criticizing the opposition to the president, Alexandr Lukashenko. “It was concluded that the song calls into question the non-political nature of the contest“, says the statement posted by EBU on its Twitter page.

The note warns that the first “reactions” to the song threaten to damage the reputation of the pageant, which will be held electronically from May 18 to 22, its LXV edition in the Dutch city of Rotterdam.

Consider that the theme that will represent the former Soviet republic, “In its current form, it is not eligible to compete”, so they have asked Belarus to submit a “modified version” or a “new song” that complies with the EBU rules.

“Refusal to do so could result in his disqualification from this year’s festival,” he warns.

The leader of the Galasy ZMesta group, Dmitri Butakov, told the Russian news agency RIA Novosti that Minsk could give up participating in Eurovision.

“It is very possible that this is the case. The hockey (World Cup) has already been taken from us. I have great suspicions that we are not going to correct anything. And there it will be all, “said Butakov, who said he did not feel” any pang of conscience. ”

The group’s song is a satire that alludes to the opposition protests that broke out in the country after the presidential elections of August 2020, considered fraudulent by the opposition and the West.

The group has not hesitated to side with Lukashenko in accusing the West of trying to instigate a revolution to “destroy” Belarus.

The song has already received more than half a million visits on YouTube and tens of thousands of complaints about the song’s content, including from former Eurovision contestants like Belarusian Angelica Agurbash.

The festival should have been selected by the group VAL, which won the national competition last year, but was excluded by Belarusian public television for its support of demands for political change in the country.

Lukashenko, who has accused NATO of threatening the country’s security, today called on the Belarusian military to defend the country from an attack “from within” by appointing a new Chief of Staff.

“You don’t have to sit in the military garrisons and wait for someone to cross … the border and then pick up the rifle and start fighting. We will fight from here. You must be prepared for it,” Lukashenko said, according to the BELTA agency

Most of the Belarusian opposition leaders are either in prison or in exile in neighboring countries such as Poland, two of whose diplomats were expelled today by Minsk.