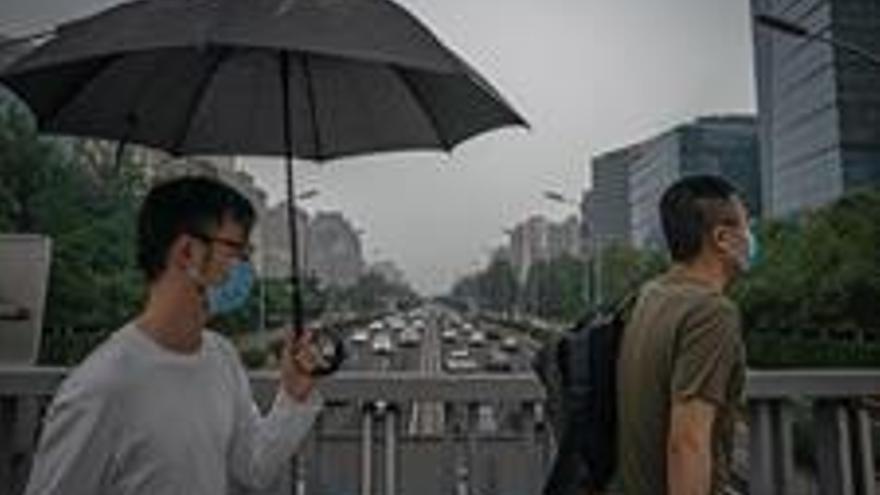 Beijing, Jul 4 (EFE) .- Beijing registered a single contagion on Friday related to the coronavirus outbreak in its main market, one less than the previous day, and the only one locally in China, the National Health Commission reported today. .

To date, at least 331 people have been infected by the outbreak detected almost a month ago in the wholesale food market in Xinfadi, the largest in the capital.

The peak of infections occurred on June 13 and 14 -both days with 36 infected-, and since then the number has been fluctuating downward to register seven infections last Sunday and Monday; three on Tuesday, one on Wednesday, two on Thursday and one again on Friday.

The Commission reported that two imported cases from abroad were also detected, one in the eastern city of Shanghai and the other in the southern city of Guangzhou.

Two suspicious cases also emerged, one imported in Shanghai and the other locally in Beijing, while no new fatalities were reported.

Ten patients were discharged and 794 close contacts of the infected were released from medical observation.

The number of serious cases was reduced by two compared to the previous day.

The total number of active imported cases stands at 66, none of them serious, among the 1,925 who have been diagnosed from abroad, among whom 1,859 have been discharged.

Across China, 402 cases remain active, six of them serious, out of 83,545 detected since the beginning of the epidemic, which caused 4,634 deaths.

Regarding the asymptomatic, which China does not consider confirmed cases, four new cases were detected on Friday, three of them imported.

In total 98 asymptomatic cases remain under medical observation, 61 of them from abroad.

In Hong Kong, the number of cases detected since the start of the pandemic rises to 1,247, resulting in seven deaths, of which 1,125 have been discharged.

In Taiwan, the total stands at 449, with seven fatalities and 438 discharged patients.

Local commerce is part of the solution to this crisis