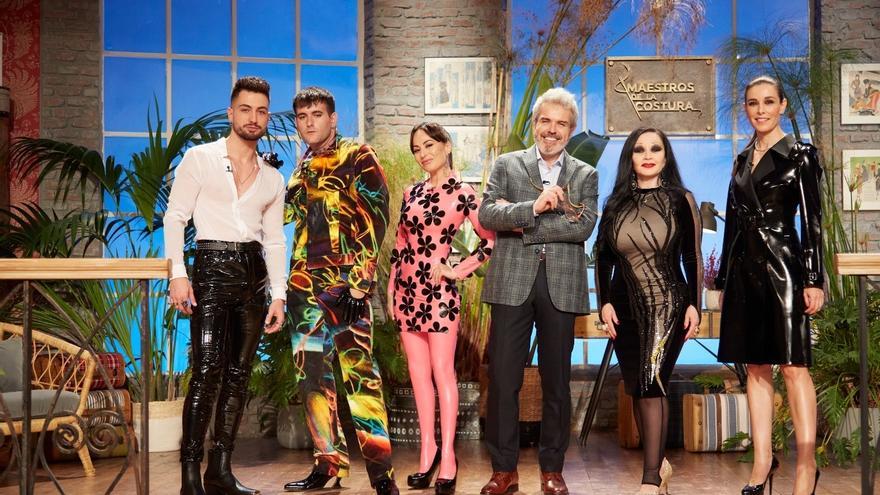 Madrid, Feb 9 (EFE) .- Latex to power. A new version of the “Matrix” or the Catwoman costume took over the “Masters of Sewing” workshop in the third program, where this complicated material was the focus of the first test in which Alejandro Palomo participated.

A daring material to which Caprile “behind that image of a plaid jacket for the elderly is the most addicted to”, said Palomo.

“Latex is one of the most cutting-edge trends right now”, Lorenzo Caprile has pointed out to the contestants, a fabric that they keep in their closet from Kim Kardashian to Chiara Ferragni, and of which Alaska, who has visited the apprentices, has been declared a true fan.

In the middle of the test, the Cordovan creator, carried away by the tension and the difficulty of the material, could not help but comment: “It is the first time that a judge is going to look ridiculous”, referring to himself, who has confessed that by the first time I made a garment with that material.

The truth is that, at the end of the test, his work, a body in red latex, with a ruff-style collar, fit Joshua like a glove. However, the Cordovan creator confessed his tension. “I will never do this again in my life.”

Joshua, the winner of the latest edition of “Masters of Sewing”, visited the workshop and commented that the program had changed his life. “I am a different person and I am studying what I wanted the most,” said the former apprentice who flaunted Alejandro Palomo’s creation.

The Dutch designer Jan Taminiau has been the guest of honor in the outdoor test that took place in the La Dehesa de los Canónigos winery and in which the apprentices had to make the dress that the designer created for the actress Jena Malone to wear in the “The Hunger Games”.

Taminiau, the creator of the dress that Máxima de Holanda wore at the coronation of her husband King William, is the only designer in the world who has molded haute couture garments in cork.

A test in which Caprile has highlighted the work of the apprentices for the first time in an outdoor test where, at last, in the third program, one of the teams got rid of participating in the final test in which five of the contestants They tried to escape expulsion by tailoring a garment for a curvy model.

The Sevillian model Lorena Durán attended the workshop to tell about her experiences as a curvy model, the only one who has participated in the Victoria’s Secret lingerie campaign, which, she said, has marked a before and after in her career.

“You have to love yourself just as you are,” Durán commented some time ago in an interview with Efe, where he also highlighted the importance of diversity and the change in traditional beauty canons in the fashion industry.

For fifteen minutes, Lorenzo Caprile helped Yelimar to make his garment, an advantage for having been the best of the previous test.

The good advice that the dressmaker gave Gabriel in this test served to bury the hatchet with the contestant who does not admit criticism well.

“Caprile I need more time to get to know each other,” said the Extremaduran psychologist, shortly before Ana, the Sevillian dental hygienist, was eliminated. “It hurts when it’s over,” said the apprentice at her farewell.