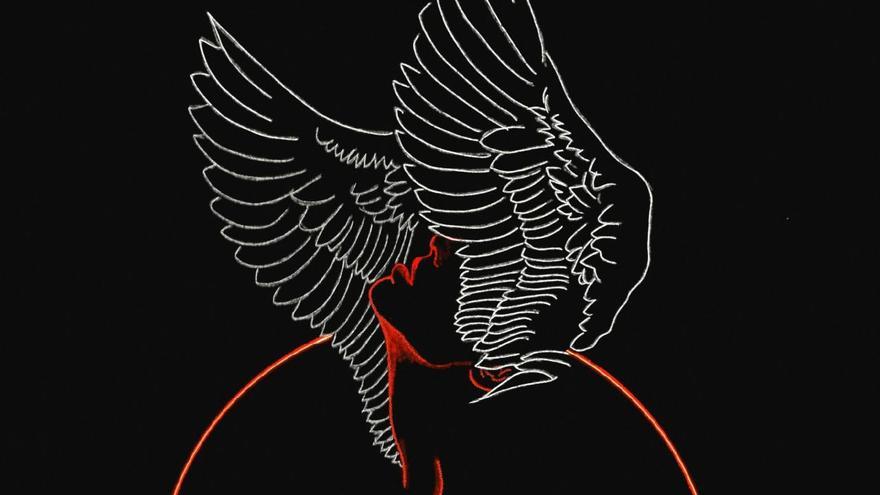 “Children know perfectly well that unicorns are not real,” stated Ursula K. Le Guin in Conversations about writing (Alpha Decay), “but they also know that in books about unicorns, if they’re good, they’re real.”

What is probably the best American writer of science fiction and fantasy of the 20th century argued that in order to achieve a connection with the reader that would make imagined worlds truthful, the writer had to commit not only to what was narrated, but to the values ​​that every text transmits inevitably. Language and its arrangement were political tools in his work.

And they are also for the writer Eva Cid: her first novel constantly uses narrative formulas that question the conventions of genre and our own language. But they also adapt to an intriguing and emotional story in which post-humanism, feminism and LGTBI political sensibilities coexist. Behind that mountain is the shore It is possibly the bravest and most sincere debut of Spanish science fiction in 2020.

Behind that mountain is the shore It is the story of two women. Many years after the Earth became uninhabitable, human beings live on a planet with two continents cut off from each other. In Ónfalos, a territory inhabited only by women, a young woman named Julia Song works in a biological research and development center while she dreams of escaping from there and discovering her origin.

On the other side of the planet, in a territory called Crisis, lives Marcela, a young woman who fights against the birth policy of her government, eminently run by men. An administration that prevents women from deciding on their lives and their pregnancies, considered a good of the State. The paths of Julia and Marcela are destined to meet, although both are ignorant of it.

“From the beginning these two differentiated spaces existed, but the formal symmetry with which events are organized from one side to the other, and the progressive approach, are phenomena that occurred naturally during the writing process”, explains Eva Cid to elDiario.es. “Many events in the plot were not planned,” although, “the central idea of ​​the book has been around for a long time. I had spent years with it in my head, outlining fragments and characters from time to time.”

Besides being a writer, Eva Cid is a cultural critic specialized in the world of video games. He regularly collaborates in media such as Cactus Magazine, AnaitGames or Caninomag, in addition to having published the essay Portal or the science of video games in Paper Heroes and have participated in anthologies such as Summer: eleven stories of climate fiction with Episkaia or Medusa Notebooks Vol. I with Mother’s Love. It was precisely this last editorial, a label in which the visibility of LGTBI collectives and feminist movements are the backbone of all his enormous work, which opted to give him the time and space necessary to write his first novel.

“It has been difficult. The time I have dedicated to the novel is time that I have not been able to dedicate to other commissions that I invoice monthly. In addition, just in the final stretch and the correction phase coincided with the confinement, when I lost my ‘stable ‘There were days when I thought I wouldn’t be able to. ” Despite everything today Behind that mountain is the shore it is already in bookstores.

The same Ursula K. Le Guin that we mentioned at the beginning maintained that “the oldest forms of literary expression are fantastic” referring to the Odyssey and the Greco-Latin myths. However, today it seems that fantasy, horror and science fiction continue to face a certain critical and media paternalism towards other literary genres.

“It is something that makes me very angry”, defends Eva Cid. “I abhor that notion of high culture as something at odds with the imagination, as something gray and opaque. This idea is what alienates many readers from classic works that are hilarious, and the same one that conceives genre literature as something minor” .

For her, there are works “considered high literature that are a real slop”, while, “you have authors like Stanisław Lem, Joanna Russ and Le Guin herself who have written invaluable works that talk about important things.” According to the writer: “Science fiction, like fantasy or horror, is only one particular approach when it comes to addressing universal issues.”

In fact, it is exactly what she does in Behind that mountain is the shore. In her novel, gender is the framework that allows us to reflect on how to weave complicities in a society in which the lack of empathy is rewarded, how to appeal to sisterhood in depersonalizing and hypertechnological environments … issues that we do not need to imagine in distant worlds because we face in our day to day.

However, not all genre is governed by the same rules. Cid’s prose abounds more in emotional descriptions and characterization of characters, than in recreation of spaces and narrative constructions of constant conflict. “If we say that a story has to be based on conflict, we greatly limit our vision of the world,” said the author of Stories of Earthsea. “To see life as a battle is to have a very limited, social-Darwinian and very masculine worldview.”

“Not only in gender literature, but indeed this is what happens when spaces and opportunities are always given to very specific profiles, always the same,” says Eva Cid. “Male views are considered as universal while everything that comes out of there needs to be framed in a genre, needs to add an explanatory label or a tagline to underline its exceptionality and, consequently, its belonging to the background.”

Behind that mountain is the shore he claims to come to the fore. Virtues and discoveries are not lacking, neither is he daring. If anything, readers willing to be surprised by the debut of one of the youngest and most personal voices in current Spanish science fiction.