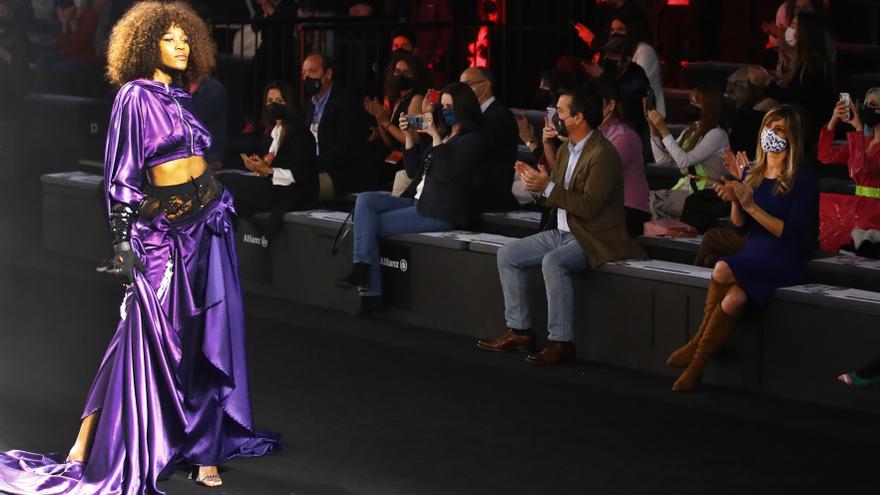 Madrid, Apr 11 (EFE) .- Begoña Gómez, wife of the President of the Government, Pedro Sánchez, has attended this Sunday the parade of Guillermo Décimo, which has opened the day of young talents, EGO, of the Mercedes-Benz Fashion Week catwalk Madrid, in a show of support for Spanish fashion.

For the second time in this edition, after attending the parade of the young couturier Pablo Erroz, Begoña Gómez, in a private act, has returned to the Madrid catwalk where she has applauded the proposals of the Burgos Guillermo Díez López, 25, a creative from Burgos. the Guillermo Décimo firm, which began by dressing dolls with paper napkins.

Inspired by the singer María Callas, Guillermo Décimo has uploaded a theatrical proposal to the catwalk, “a mixture of the world of fashion and opera,” he explained to Efe moments before his show.

A meticulous work in which excess and extravagance have illuminated glamorous garments that the designer has created stitching by stitching in the last months of the pandemic in his home, converted into a workshop.

The collection entitled “Queen of the night” is built entirely with remains of fabrics and avoiding generating waste, without buying new materials, also using second-hand garments, “I have sustainability very much in mind”

“I’m here to get more visibility,” said this creator whose work is full of artistic historical references.

Then Corsicana has walked, in this new edition of the EGO catwalk, which celebrates its fifteenth anniversary, “a platform that has given impetus to established, first-line designers”, explained the director of the catwalk Nuria de Miguel.