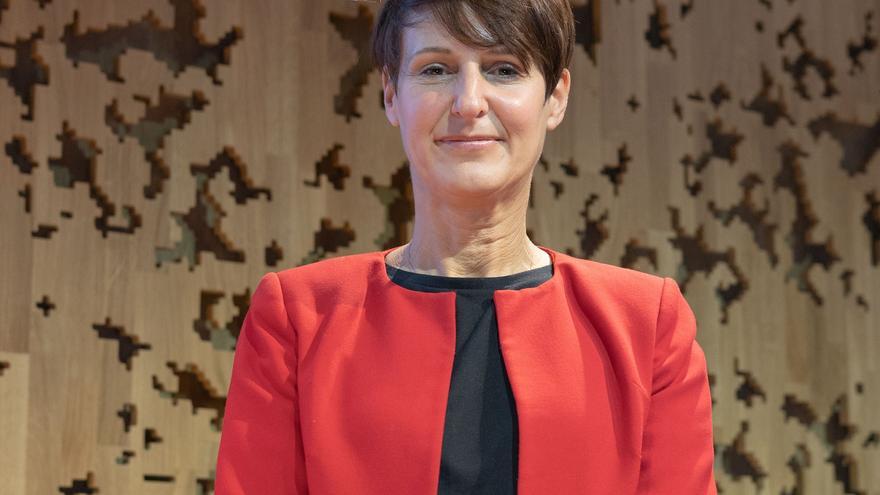 Becky Francis is excited – in moderation, she is English – when she finds out that in Spain there is a great debate about the educational model on account of effort, demand, repetition, curriculum or methodologies following the development of the Lomloe. “I have to read about this,” she reminds herself aloud.

Francis is an academic, former director of the Institute of Education at University College London and currently heads the Education Endowment Foundation (EEF), an independent organization that, roughly, is dedicated to studying which educational practices work in the classroom –with scientific evidence– and to collaborating with schools to implement them, with a special focus on the most vulnerable students and the achievement gap that is generated for this exclusive reason. The debate –niche, but intense– it touches him fully.

“In England we are having the same debate,” he smiles with the gesture of someone who knows what they are talking about. “The Government has been prioritizing a content-based curriculum for many years [el que ha habido históricamente en España] and now it is being discussed whether this more classic format is the appropriate one for the 21st century, “he explains.” Should there be more competencies? “

“My personal opinion is that both are necessary, but I believe that a knowledge base is essential to raise the building. I am an academic and have worked in a university, and to be successful in higher education students need a level of knowledge on the subject, a knowledge that will then allow them to be creative in their approaches and start using other skills, but without that foundation I think students are lost. So I would say that you need both, but do not lose knowledge. “

Francis is visiting Madrid to renovate the collaboration agreement that EEF has with La Caixa by which the Foundation can access all the materials that EEF generates, such as their toolkit for class made from the evidence they have collected or generated on the different methodologies, guides, even research funds, and taking advantage of the trip, they participate in a conference organized by EduCaixa and lend themselves to these interviews.

The director of the EEF returns to the subject. “Knowledge is especially important for the most disadvantaged students because the normal thing is that they do not have other means, other spaces, to acquire this knowledge. I think, for example, of my children when they play video games. They are working on resilience when they trolling or insult, teamwork, leadership, even languages ​​to communicate with other players. But are they going to learn physics equations there? No, and they are not going to do it anywhere other than the school, “he reflects.

This issue inevitably leads to talk of repetition, another of the most debated aspects of the reform that the Government is implementing. With 30% of 15-year-old students who have ever repeated, the Ministry of Education has chosen the route of make repetition exceptional, almost by the method of forbidding it. “This is one of the 30 areas on which we have evidence, and it is one of the few in our kit on which it is clear that it has negative effects; neither neutral nor positive,” he starts.

“I would say – always with the caution of ignoring the specific casuistry – that the Government is doing the right thing trying to reduce this practice, because I also imagine that normally it is the most disadvantaged students who repeat, and the evidence suggests that it is especially harmful for them because they lose motivation or feel that it is stigmatizing, “he argues. Francis is not wrong: even all things being equal, students from families without resources have three times more options to repeat than those from wealthy backgrounds. EFF’s research, continues the expert, points out that individualized plans or tutoring programs, implemented by the Foundation in England, are a better alternative to repetition for students who are left behind.

Ratios are another issue on which there is sufficient evidence to argue that a decrease in them is beneficial for students, but not in any way, explains Francis. “It is another of the clear examples and the evidence establishes it with certainty. If you make a marginal reduction of the ratios, for example from 30 to 25-26 students, there is no impact for the students, but there is for the teachers in terms of load and at least in the UK we have a problem with the retention of teachers in the system, often because of working conditions.Sometimes a marginal improvement can be beneficial as well, even if it does not improve student performance. Another thing is if you radically change the figures, if you leave a class of 30 students in 15. Then you do see a very significant impact on the results of the students. So you can’t just say, let’s lower the ratios, because it will depend on how much if we talk impact on students “.

One of the issues that EEF focuses more on is discerning which methodologies work in the classroom and which do not, a fundamental task for Francis and of growing importance given the proliferation of teaching practices that become fashionable without having the support of science regarding its effectiveness. The Foundation collects evidence – or generates it with its own means when it does not exist – and makes it available to teachers. “It is a great way to know what is really innovative and works or what is not and we must abandon it. It saves teachers a lot of time, who do not have to do trial and error, and prevents them from falling into ideas that become the latest fashions and they look great, but they’re really doing more harm than good, “he explains.

But the teacher warns that there is much work to be done in this field, and it is not always easy. “But EEF has the advantage that it is a very independent organization and has the credibility necessary to publish without fear of being associated with a group that is supporting a certain methodology,” he explains.

Do the methodologies that work have something in common, even if it is conceptual? “It is a field in which we want to work more, it is our next step in the evidence,” he explains, to go on to comment that the first step in that line is the implementation of the programs that they design based on the contexts in the classes. “When it comes to helping teachers to apply the methodologies in their classroom, it is necessary to extract the main elements to see how to adjust them to each reality and where one wants to go. It is not just about saying, ‘this works, apply it’. ¿ How can we ensure that teachers are going to identify the key pieces of the projects? That is why we focus more and more on implementation and I think that as we learn more about these conditions we will be able to have more evidence “about what works, closes.