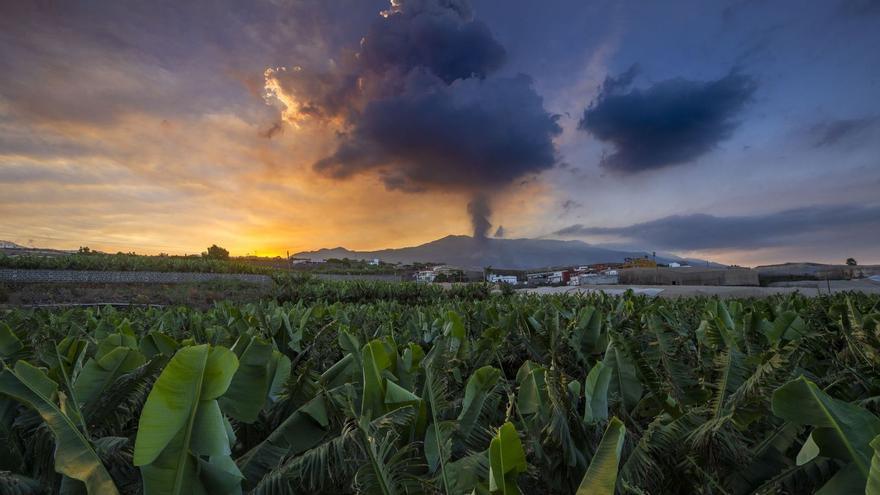 Traveling the secondary roads of Isla Bonita, guided by instinct and not by GPS, the photographer forced the expedition companions to stop among the banana trees near La Laguna to capture the sunrise. “The photo seems very symbolic of the innocence of the first days of the eruption,” he highlights and points out that, in addition, he wanted to highlight the prominence of the banana sector in La Palma, which in the first days of the volcanic crisis held its breath given the devastating effects that lava and ash could have on crops. “The drama is evident and I tried to find images with a certain beauty,” he says.

The photojournalist traveled to La Palma with several colleagues with whom he shared the experience. «The role of the photographer is to take a piece of reality and make it convey something. Although we all went to the same locations, each one contributes his or her gaze, ”he explains.

What is being lived, for González Oramas, is “an impressive drama and we will have to work a lot to see how it is fixed, but it is also an indescribable natural phenomenon.” Among his works it is common to find photographs of natural phenomena such as eclipses or the different phases of the moon. Although, he emphasizes that these are ephemeral situations. However, the volcano is “devastating, overwhelming and unstoppable.”

The Gran Canaria photojournalist considers that public organizations have lost the opportunity for photography professionals to document everything that happens on the volcano, since they are not allowed to access the excursion area in a controlled manner or to accompany scientific teams during his performances on the ground. “Most of the images that are published are taken by security teams, geologists or volcanologists and it is a great opportunity to obtain quality images of a natural phenomenon of this size,” he concludes.

Nacho González Oramas (Las Palmas de Gran Canaria, 1965) is capable of painting natural landscapes with a single shot of his camera. He studied photography, press and video reporter at the CEV School of Image and Sound, in Madrid. Most of his professional career has been developed in the cultural sphere of the Archipelago. He is a photographer for institutions such as the Alfredo Kraus Auditorium, the Pérez Galdós Theater, the Gran Canaria Philharmonic Orchestra, the Canarian Museum or the Atlantic Center of Modern Art, as well as public organizations such as the Government of the Canary Islands. He has been awarded more than a dozen awards and is the author of works in more than a dozen exhibitions.