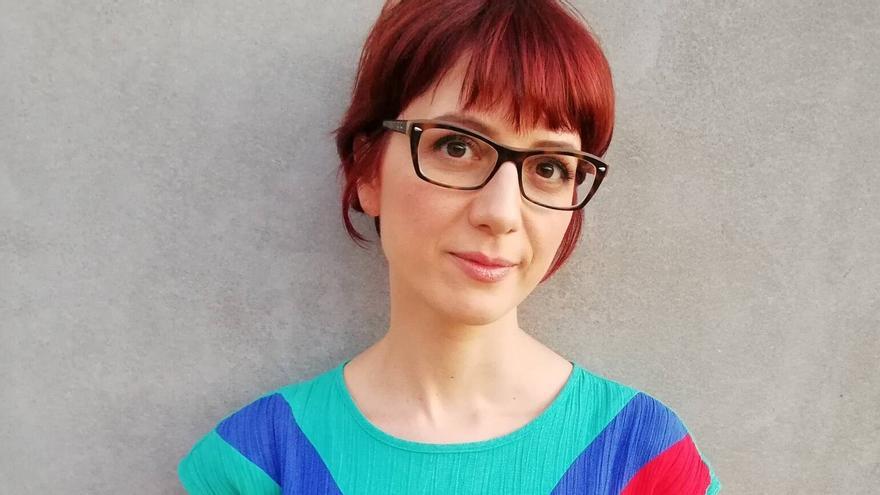 The sociologist Beatriz Ranea (Madrid, 1985) published a few weeks ago Disarm masculinity (Editorial Cátedra), a book in which he reviews the keys to what has been called ‘hegemonic masculinity’ and why it is one of the patriarchy’s tools that urgently needs to be dismantled. “What is being a man? There is no single answer: being a man is a process of incarnation of the mandates and tests of masculinity (…) Any fissure in your demonstration of masculinity can have a negative impact on the projection of manhood that they receive from other men and, therefore, make them lose the status of masculinity, “he says in one of the passages. Ranea’s reflections shed light on how violence, heterosexuality and LGTBIphobia are intertwined with the creation of that traditional model of masculinity that seems to rearm itself in the face of social changes that threaten it.

In what way does this LGTBIphobic violence that we are seeing have to do with traditional masculinity?

The relationship is explained from the very construction of the normative masculinity model, which is markedly linked to homophobia. A man who wants to be recognized as a ‘real man’ in a patriarchal society has to be straight. Heterosexuality is one of the pillars of hegemonic masculinity. For that, you not only have to show your desire for women, hypersexualizing them and making comments and having sexist behavior, but you also have to show that you are not homosexual to demonstrate your manhood. This is linked to treating homosexuality as a devaluation of masculinity: from making homophobic jokes to humiliations or episodes of violence that materialize in the bodies of those who do not comply with hegemonic masculinity.

Yes. To problematize heterosexuality is to put it on the table because traditionally it has been understood as ‘normal’ and ‘natural’ and, therefore, it has not been questioned. This also happens with masculinity: as men have been the universal subject, the one who has been analyzed is ‘the others’, women or non-hegemonic subjects. Heterosexuality is one of the axes on which patriarchy is articulated. It is a sexual option, yes, but it must be emphasized that it transcends mere personal choice and that it must be thought of as a whole system. Heterosexual people have never suffered violence for the sake of being heterosexual. Through heterosexuality, hierarchical relationships are also established over women and over other men.

And another of the pillars would then be violence. Does ‘being a man’ mean being traversed, in some way, by aggressiveness and violence?

Yes, the normalization of violence. To explain this I like to refer to what Rita Segato explains about the ‘pedagogy of cruelty’ as something that cuts across male socialization. Men are not born, they are made. Children are not born with this internalization of the exercise of violence, but as they are being socialized into masculinity, and especially when they live in environments where these mandates are not questioned, they learn that violence or the threat of exercising it is a resource that Men have to display their masculinity, to gain recognition or as a tool to cope with conflict.

This normalization of violence also implies the repression of empathy. Children’s empathy is gradually inhibited, and that facilitates the exercise of violence against people who you consider different or a threat, who are dehumanized. Sometimes there is talk of the emotional illiteracy of men due to that repression of empathy and care, but the emotions that are enhanced are those that have to do with anger and anger.

What is happening to the traditional model of masculinity? On the one hand, it seems that it is cracking but at the same time we could say that it is rearming or withdrawing.

The two trends coexist. When social changes occur, when there is questioning and transformation of normative values, what tends to occur is a reaction. Since feminism emerged, each advance has been followed by moments of counteroffensive that represents those advances as a genuine threat to the established social order, what they call the natural order of things. This is what we see with the advance of the extreme right.

That causes the two movements to be generated. On the one hand, that there is more feminist awareness, also in young girls and boys, and in the case of masculinity, that there are more and more men who question their privileges. This tendency of a fairer society coexists with another that tries to resuscitate masculinity and women and subjects who are outside the norm.

In the book he mentions another, that of Pissed off white men, by Michael Kimmel, who points out how in the face of the social changes we are experiencing, a subject of angry white men has articulated themselves as victims of this process. A phenomenon that was associated, for example, with the victory of Donald Trump in the United States. Can we bring that phenomenon here?

To explain the relationship between the extreme right and masculinity, Kimmel’s book seems essential to me. It is necessary to take into account the differences of each context but it is true that the articulation of the extreme right parties is done in some way at a transnational level, they follow the same patterns. The idea that Kimmel raises is that, in the face of uncertainty, the story of the extreme right creates a refuge and comforts these men who are angry with what is happening. This uncertainty has to do, on the one hand, with the economic crises that we are dragging on and that prevent many men from exercising that role of main supplier. On the other hand, it has to do with social changes, such as feminist, LGTBI or anti-racist advances.

This story seeks a scapegoat, which are feminist women, LGTBI people, racialized people, the migrant population … who are blamed for the loss of social position experienced by these men. Instead of offering a more structural explanation of what is happening, this story allows them to blame specific groups and construct these groups as the great threat. Victimism, which is something that has traditionally been seen as something feminine and that devalues ​​you socially, is resignified and masculinized and makes them feel comforted in that idea of ​​aggrieved masculinity.

To what extent do you think the irruption of the extreme right in parliaments and their denial of sexist violence and pointing out the LGTBI collective has to do with this violence that we see, from the attacks to actions such as the attack on a mural feminist?

Sexist values ​​and LGTBIphobia, racism and xenophobia pre-exist before the emergence of Vox, but what makes its irruption in the political landscape and in the institutions is to incite and exacerbate, with a lot of media visibility, this type of values ​​and discourses. Vox’s strategy is located in the most populist practice that tries to mobilize very visceral emotions, such as anger or fear, towards dissident subjects: feminists, migrants … That discourse that it tries to mobilize from the most emotional point of view it nurtures the breeding ground for this violence and gives it legitimacy. Another element that impacts is that the PP does not question that discourse either, with which the traditional right is also radicalized in that sense.