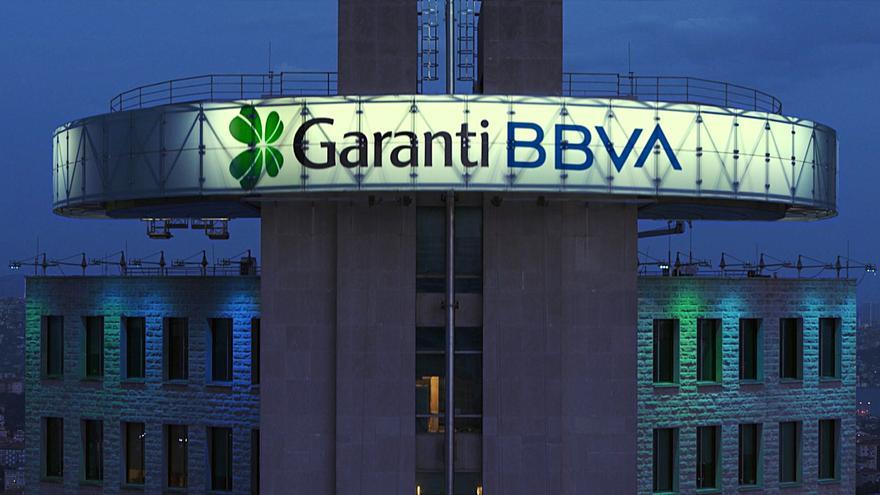 Monday, 7 a.m. BBVA issues a statement to the National Securities Market Commission (CNMV) in which it announces that it plans to launch a takeover bid on 50.15% of Garanti, the Turkish bank subsidiary of the Spanish entity, which it does not own until now. The operation comes as a surprise to analysts and experts who follow the bank, since just a few days ago, in the presentation of BBVA results, the group denied this possibility. Nor did investors welcome this “audacious” move, as pointed out by some investment fund manager, and they have punished the company on the stock market throughout the week.

Specifically, in just five sessions, BBVA closed the week with a 12% drop in the stock market, leaving its market value at 36,000 million euros. In other words, the bank, the fourth company with the largest capitalization in Spain, has left almost 5,000 million euros since the announcement of the operation. The entity, which had been one of the values ​​that had grown the most on the IBEX 35 so far this year, became a protagonist on the opposite side.

Not even the meeting with investors, known as Investor DayThis Thursday served to calm the waters with the announcement of the dividend increase and an improvement in customer acquisition and profitability. The analysis houses and investment banks have acknowledged their “surprise” by this decision that leads to BBVA being more exposed to a market, the Turkish, about which there are doubts and which has already caused significant penalties on the stock market in the past for the Spanish bank.

To understand this operation you have to travel to last year. The bank announces the sale of its US subsidiary for 9.7 billion euros. In the heat of mergers in Spain – CaixaBank had announced the absorption of Bankia and Unicaja was negotiating with Liberbank – it launched itself for Banco Sabadell. However, the assessment given to the Catalan entity did not satisfy its leadership and negotiations broke down without agreement. BBVA wants to use that excess capital – as the sector calls this money that is not invested – and announces, on the one hand, a share buyback program – a way to pay the shareholder – of some 3,500 million euros. The rest, kept waiting to find an operation to grow in the markets where it is already present.

In the various conferences with analysts or with the press, the bank avoids advancing operations, ensuring that it has a department focused on seeking “value” options for the entity. With those, the announcement of the Turkey operation arrives this past Monday. To do this, it plans to invest 2,250 million euros to acquire the shares that it does not control in Garanti. This causes, among other issues, that the bank has a 68% exposure to emerging markets, a “double-edged sword”, as some analysts point out, since they are territories with high growth potential, but also with greater potential imbalances than affect your business.

“The option of placing this capital in developed countries is being lost,” says Gonzalo Sánchez, Gesconsult’s investment director. “The investor would have preferred this money to go to those other markets,” he points out regarding the stock market penalty that the bank has received throughout the week.

The problem is not Garanti, which is a “good bank” as Sánchez points out, but the Turkish market that generates hard times for shareholders. In fact, one of the strengths pointed out by experts who regularly analyze the bank is the dividend that it will have from this group. In a normal situation, and as the entity defends, as it is a less bank-based market than others in Europe, it has growth potential which would translate into “higher returns” than what Europe offers, as stated by Diego Morín, an analyst at IG.

“The situation in the Ottoman country creates doubts among investors, especially due to its political and economic instability, something that would cause fluctuations in the bank’s actions,” Morín points out. This causes, as Sánchez de Gesconsult explains, that BBVA is going to be perceived as a bank “with more risk”, due to this exposure to Turkey. “It is unpredictable”, it affects the situation of the economy and the monetary policies applied by the central bank. This same week, a new drop in rates by the Turkish supervisory body has caused the lira to collapse to all-time lows.

The large international investment banks have also shown different reluctance about the operation in their reports. Barclays, for example, pointed out that the takeover on Garanti had “surprised them”, since by assuming this exposure to Turkey, investors may begin to demand higher levels of capital from the bank and warned that it will increase costs for the entity. The London City Bank recalled that the value of BBVA’s shares in Garanti had fallen 50% due to the deterioration of the economy in Turkey.

S&P, another of the large investment banks, recognized the “potential of the Turkish banking market and the strong profitability of Garanti”, which would justify the operation. However, “this makes the group structurally more exposed to a risky market, including more volatility in BBVA’s earnings profile.” Despite this, he calculated that if 100% of Garanti’s shares are reached, BBVA’s net profit next year and the next could increase by 15%, as long as it depends on the evolution of the Turkish currency. Goldman Sachs has also warned of the risks of a depreciation of the lira.

“The reception of the operation has been bad”, summarizes Gonzalo Sánchez, from Gesconsult. It is precisely the evolution of the lira exchange rates that is the main risk for BBVA, closely linked to the country’s political but not only economic situation. “You are subject to what Erdogan says,” emphasizes the analyst. BBVA has stated on different occasions that it has different insurances that cushion this impact, but this has not been enough to calm the risks that analysts see.

Currently, Mexico is the main market for BBVA in terms of profit. Specifically, 43.5% of the group’s profits come from the Latin American country. It is followed by Spain, which contributes 29.4% of the profit. In third place comes Turkey, which accounts for around 14% of the entity’s result. In the event that BBVA obtained 100% of Garanti’s shares, the Turkish market would contribute 24.6% of the profit, compared to 25.8% in Spain and 38% in Mexico, as reported by the bank itself.

In the recent results for the third quarter, BBVA reported that its operations in Turkey contributed 583 million euros to profit, of the 1,181 million euros that Garanti obtained. 21,600 workers work for this Turkish bank, compared to the slightly more than 25,000 that BBVA has in Spain. It also has a thousand offices and 5,000 ATMs in the Turkish market.

“Garanti has been part of the group for the last 11 years. During this period, we have observed the strength of its business model and financial indicators, even in complex environments”, defended BBVA in the conference with analysts last Monday to explain the operation . Carlos Torres, successor to Francisco González as president of the bank, defended days later before investors on Investor Day the takeover on Garanti, assuring that they see “a lot of value” in Turkey, even with “conservative macroeconomic forecasts.” “We are long-term investors, we see growth even if there is volatility in the short term,” he justified in response to questions from international investment banks.