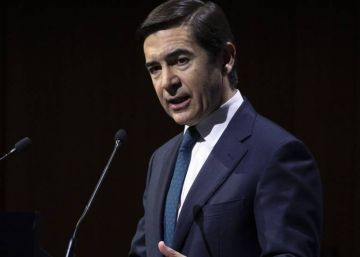 BBVA closed the first half of the year with red numbers of 1,157 million euros after the provisions of 2,084 million already registered in March as a result of the adjustments in the goodwill of the subsidiary in the United States due to the worse economic forecasts after Covid . In addition, in the second quarter, the entity carried out other extraordinary notes for 644 million euros related to the pandemic.

If the impairment in goodwill in the United States is excluded, the attributable result decreased in the first half of the year by 62% compared to the same period in 2019, to 928 million euros.

In the second quarter of the year alone, profit stood at 636 million euros, 49.5% less than the 1,260 million registered in the same period of 2019. The profit from March to June is above analyst estimates , which stood at 598 million, according to data collected by Bloomberg.

The entity chaired by Carlos Torres explains that as a result of the valuation of the goodwill of its subsidiaries, the group estimated that there was a deterioration in the United States, which had an impact on the attributed result of 2,084 million. This impact does not affect the tangible net worth, the capital, or the liquidity of the group.

In addition, in the second quarter it has made provisions related to the pandemic for 644 million euros, of which 576 million correspond to write-downs and 68 million to provisions.

“We are facing this crisis from a position of strength, thanks to the strength of our revenues, our diversified business model and our digital capabilities,” said Onur Genç, CEO of BBVA, in a note. “It also highlights the strong generation of capital in the quarter,” he points out.

The interest margin in the semester stood at 8,653 million euros as of June, with a drop of 3.2%, with good performance in Turkey and America and a lower contribution from the margin of Mexico and the United States derived from the rate cuts of interest.

The gross margin increased 0.8% to 12,045 million and the net margin improved 7.6% to 6,533 million, with a drop in operating expenses of 1.5%, especially in Spain and the corporate center. The increase in the net margin was offset, on the one hand, by a greater deterioration of financial assets, mainly due to the deterioration of the macroeconomic scenario derived from Covid and higher provisions, and, on the other hand, by the deterioration in the goodwill of States United carried out in the first quarter of 2020 for the 2,084 million euros, also motivated by the pandemic.

Net commissions were impacted by the lower activity derived from confinement due to the pandemic, with a drop of 6.8% to 2,301 million. The areas that showed negative interannual variation rates were South America, Mexico and Turkey, the latter also affected by changes in regulation.