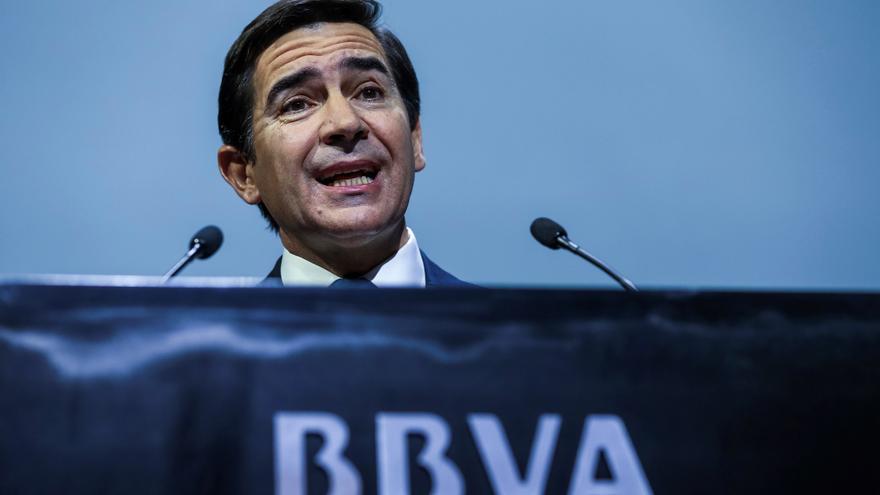 BBVA registered losses of 1,157 million euros in the first half of 2020, compared to 2,442 million earned a year earlier, after carrying out accounting write-downs to cover the loss in value of its subsidiary in the US, the entity informed the Spanish supervisor. of the market, the CNMV.

The attributable profit in the second quarter amounted to 636 million euros, 40.5% less than the same period a year earlier at constant exchange rates (-49.5% in current), after incorporating the provisions related to the pandemic for 644 million euros: 576 million in write-downs and 68 million in provisions.

Net commissions were affected by lower retail activity, especially in cards, stemming from the confinement of the pandemic. The BBVA Group obtained 1,043 million euros in net commissions in the second quarter of the year, 9.5% less in constant terms (-16.9% in current terms). Between January and June, net commissions reached 2,301 million (-1.7% in constants, -6.8% in currents).

The entity explains that during the second quarter there was a strong containment of operating expenses up to 2,594 million euros, which represents a fall of 4.9% at constant rates compared to a year earlier. In the whole of the semester, operating expenses decreased by 1.5% in constant euros, to 5,512 million, compared to an average inflation of 4.7% in the last 12 months.

The gross number of loans and advances to customers (400,764 million euros) increased compared to the end of the previous year (+ 1.5% in current terms, + 6.9% in constants, which is equivalent to approximately 26,000 million euros), with increases mainly in the wholesale and company banking portfolios. On the other hand, customer deposits (402,184 million euros) closed the semester 4.7% at current rates above December balances, strongly supported by the good performance of demand deposits, where customers they have deposited the liquidity ready to face the pandemic, according to BBVA.

By geographical area, the great engine of the group was, once again, Mexico, which contributed 52% of the profits, 654 million euros, which were reduced by 49% year-on-year due to the deterioration of assets due to the pandemic.

In Spain, BBVA earned 88 million euros, 7% of the total and 88.1% less than in June 2019, after making provisions for write-downs and provisions due to the impact of COVID-19.

For the same reason, in the US, the group obtained a half-yearly profit of 26 million euros, a year-on-year decrease of 91.6% without including currency fluctuation (similar in current euros).

Brussels tries to stop the fraud of 121,000 million annually in imports of counterfeit products