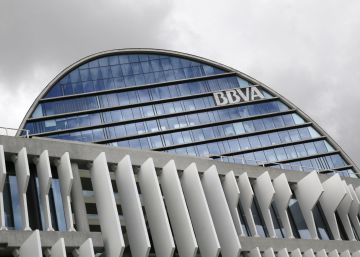 The annual corporate governance report of BBVA, sent this Wednesday to the CNMV in the previous documentation of the shareholders meeting, exculpates the entire board of directors at the BBVA-Villarejo case, with what ratifies the words of President Carlos Torres, pronounced two weeks ago in which he said there was no possibility of being involved in this criminal issue. .

“It should also be noted that the relevant documentation obtained from the investigation forensic“, directed by the defense lawyers of the entity,” still ongoing, which has been made available to the judicial authorities and are the basis of the summary instructed, there is no implication of any of the current members of the board of directors , neither of the current executive president of the entity, nor has the commission of criminal activities been verified by the bank, “says the entity in the report.

So far, the conclusion of the Anti-Corruption Fsicalía is that “the hiring” of retired commissioner José Manuel Villarejo “would have been ordered, opaquely, by the presidency itself of the bank “, a position he held Francisco González, until December 2018, and that is also charged. Gonzalez has flatly rejected this accusation “made without foundation,” according to him.

After the exculpation, the entity itself carries out a relevant qualification below: “The aforementioned criminal procedure is at an incipient moment within the investigation phase, so it is not possible to predict at this time its scope or duration or all its possible results or implications for the Group, including potential fines and damages to the Group’s reputation “.

And, secondly, it warns shareholders and investors that “the bank has been collaborating and continues to do so proactively with the judicial authorities” in the investigation “still underway, regarding its possible relationship with Cenyt.” This company worked for BBVA from 2004 to 2017 and, supposedly, was entrusted with the espionage of politicians, businessmen and journalists. Cenyt belonged to the retired commissioner José Manuel Villarejo, currently in prison accused of criminal organization, bribery and money laundering.

The bank, accused of bribery

BBVA recalls that on July 29, 2019, it was notified of the order of the Central Court of Instruction No. 6 of the National Court, for which the bank was declared “as part investigated in the previous proceedings, investigation piece number 9 for assumptions facts that could be constitutive of the crimes of bribery, discovery and disclosure of secrets and corruption in business. “

It also details that “certain executives and employees of the group, both current and from an earlier stage, as well as former directors are also being investigated in relation to this case.” To date, about 12 executives and former directors have been charged for this cause. The bank has targeted two managers: Antonio Béjar, former Chief of Risks of BBVA Spain, and Eduardo Arbizu, general director of the legal area of ​​the bank between 2002 and 2019. Béjar has been dismissed without the right to compensation or pension while Arbizu has left maintaining all economic rights.

During the statement of Rafale Fraguas, legal representative of BBVA, he pointed out as responsible for the hiring of Cenyt to Juilo Corrochano, chief of security of the bank and former head of Villarejo in the police, Bejar and Ángel Cano, former CEO, as he had to verify the services of the commissioner in 2004.

Finally, BBVA assures that since January 2019, “this issue has been reported on a recurring basis to the bank’s corporate bodies, both with regard to the Board of Directors committees to which powers on these matters are attributed (Audit Committee and Risk and Compliance Committee) as well as the Board of Directors in full.These bodies have promoted and supervised internal investigation processes, determining the entity’s full cooperation with Justice and the development of a transparency policy “.