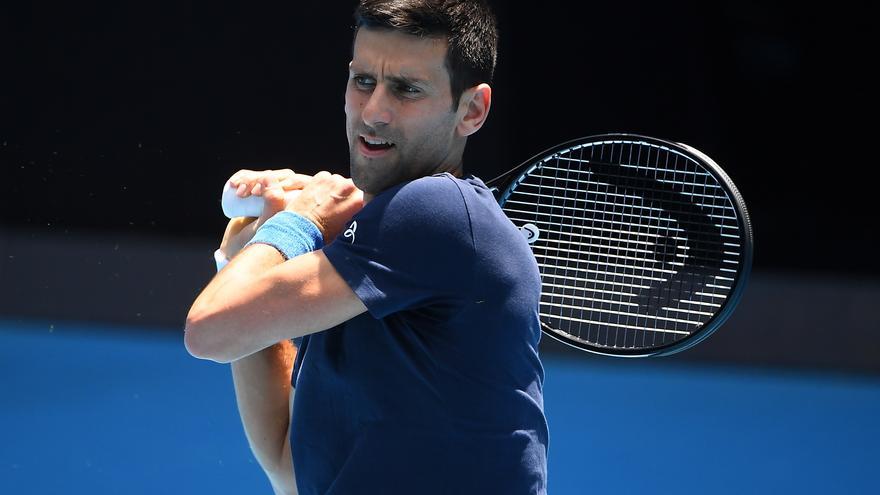 A BBC investigation has put in doubt the veracity of the positive test of Novak Djokovic December 16, which he used as excuse to receive a medical exemption and enter Australia, since its serial number does not match the rest of the tests taken in Serbia on those days.

The world number one claimed to have been infected on December 16 to request a medical exemption that would allow him to enter Australia to play the first Grand Slam of the season as he was not vaccinated. This medical exemption, along with his visa, was revoked by the Australian Government after several litigations, but now doubts are growing as to whether the positive of Djokovic it is authentic.

The BBC has sampled the tests carried out in Serbia in the days before and after Djokovic's alleged contagion and has found that the serial number of the test does not match and it goes out of the numerical sequence. Also, the serial number is higher than a negative test that was done days before.

The German newspaper 'Der Spiegel' was the first to warn of the shadows cast by Djokovic's positive, but his investigation, together with the Zerforschung association, which questioned the QR code of the result, did not go further.

It should be remembered that Djokovic, despite the fact that the laboratory had the results ready on the same day 16, assured that He did not know about the positive until the 18th, so on the 17th he attended an act of the Serbian tennis federation, in which he was without face mask or keeping social distance.

In addition, on the 18th, already aware of the positive, he went to an interview at his tennis center with the newspaper 'L'Equipe', without alerting the journalist of the contagion. This goes against the Balkan country's law, which required 14 days of quarantine after testing positive.

The BBC leaves open the possibility that discrepancies between the tests and their serial numbers are due to a possible "glitch" or because the tests were processed by different laboratories, but they point out that they have put their research in the hands of the Public Health Institute in Serbia.