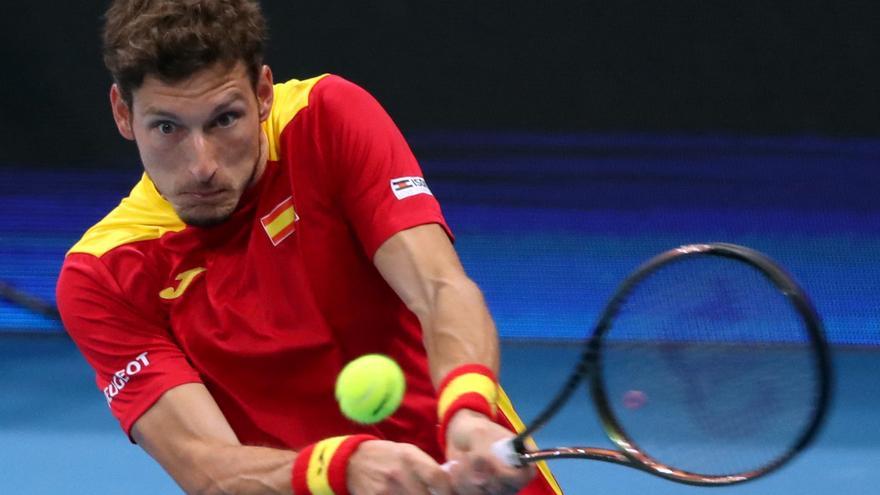 The Castellón Roberto Bautista (19) once again displayed a tennis spotless to sentence the clash against Norway after beating Casper Ruud (8) by a tight 6-4 and 7-6 (4, which was 2-0 on aggregate.

After the second consecutive win, Spain is approaching a semifinals that could be practically guaranteed in the event that Chile beat Serbia in the other group A game.

"Ruud is an incredible player and that is why I am very happy to have made very few unforced errors and to have been very aggressive at the same time," he commented after the end of the match, alluding to his 16 unforced errors that drew attention. compared to the 36 that his rival committed.

Baptist, who admitted that Australia is one of the places where he is most comfortable playing, He also stated that he is very happy to start the year in this way after having racked up some bitter defeats in the last leg of 2021.

The first point of the morning came through his compatriot Pablo Carreño (20), who improved his level compared to his first game against Chilean Alejandro Tabilo, to beat Nordic Viktor Durasovic (345) by a double 6-3.

The doubles, which will face the young Spaniards Pedro Martínez and Alejandro Davidovich against the Norwegians Lukas Hellum-Lilleengen and Andreja Petrovic, will only serve to add one more point in the event of a hypothetical tie after the end of the group stage.

Spain's next clash will take place this Wednesday against a Serbia without Novak Djokovic who, in the case of winning against Chile, will be decisive in determining the semifinalist of group B.