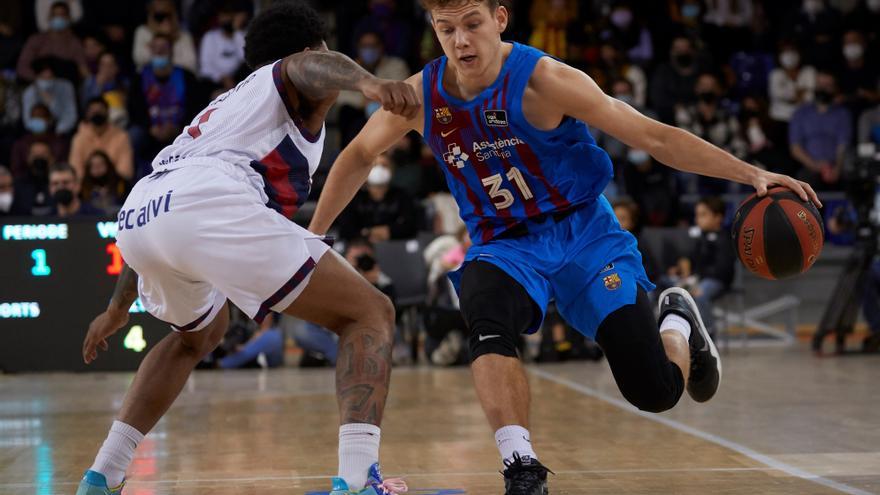 The Barça lost this Sunday the second game in the Endesa League when falling home on the twelfth day in front of a Bitci Baskonia higher (78-91), led in attack by Steven Enoch (23 points) and Matt costello (19 points), and yielded the solo leadership of the competition to Real Madrid.

Bitci Baskonia had nothing to do with the soulless team that was swept on November 11 on the same stage (93-67).

The arrival of the Croatian Neven Spahija to the bench has improved a Baskonia, firm candidate to qualify for the Copa del Rey, that at the Palau Blaugrana it was the most aggressive team in defense and successful in shooting.

The team from Vitoria, which enjoyed a maximum advantage of 18 points, escaped on the scoreboard in the first half and contained in the second half Barça’s efforts to come back, which had Nikola Mirotic (19 points) as their top scorer.

🔥 This version of @StevenEnoch we’ve seen it before, right?

𝑪𝑶𝑳𝑶𝑺𝑨𝑳 in the victory of @Baskonia

The Bitci Baskonia took advantage of Barça’s weak defense at the beginning to move the ball fast and score easy baskets (4-12, min.3), causing the first timeout for Sarunas Jasikevicius.

But the Vitorian offensive, led by Steven Enoch and Rokas Giedraitis (8 and 5 points in the first quarter respectively), continued to fuel (6-17, min.6) while Barça, uncomfortable due to the intense defense of Bitci Baskonia and misguided on the outside shot (1 of 7 in triples), he had a hard time scoring.

Barça’s sterile fixation on the outside shot, combined with Baskonia’s high level of accuracy, allowed the team coached by Neven Spahija to reach a maximum advantage of 18 points (20-38, min.14) and forced Jasikevicius’s second time-out. .

Led by an irrepressible Enoch both in the paint and on the perimeter, Bitci Baskonia again escaped on the scoreboard after the restart (44-62, min.25), but five points in a row from Sanli restored hope to Palau Blaugrana (50 -62, min. 27).

Barcelona’s reaction came at the start of the last quarter with a 10-2 run (64-70, min.33) and a basket from Brandon Davies brought Barça closer to six points, but Bitci Baskonia gritted their teeth and, driven by Matt Costello’s success from the triple, secured the victory (78-91) .

In this way, the Catalan side interrupted a streak of five consecutive victories between all the competitions and yielded the solo leadership of the Endesa League to Real Madrid, which next Friday visits the Palau Blaugrana with the first place in the Euroleague at stake.

Incidents: Match of the twelfth day of the Endesa League played at the Palau Blaugrana before 5,468 spectators.