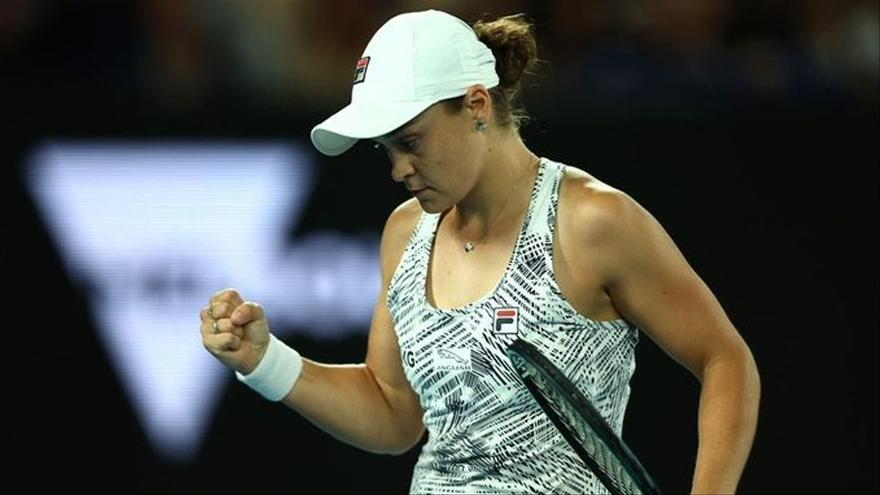 The wait has been long. But after 44 years Australian tennis has managed to place a champion in the record of its Grand Slam. Ashleigh Barty has managed to end the drought by winning the Australian Open and take over from his compatriot Chris O'Neill who achieved it for the last time in 1978. The world number 1 has achieved by defeating the American Danielle Rose Collins 6-3 and 7-6 (7-2) in the final.

Winner of all her matches without giving up a set until the final and only 21 games, Barty has started dominating the American tennis player28 years old and 30 years old, who was playing her first final in a Grand Slam and who has not won any tournament in the women's circuit, which she joined after finishing her university career.

In 23 minutes the Australian tennis player has managed to score the first round without excessive problems and taking advantage of a single 'break' (4-2). collins has not been able to put into play the aggressive and brave tennis that had taken her to the final.

Collins has not been daunted by Barty, nor before the Australian fans who turned to their compatriot at the Rod Laver Arena, limited to 85% by anti-covid health regulations. The American tennis player has grown in the face of adversity to be more courageous, raise her level of tennis, with powerful strokes and effective returns, and celebrate her points by facing the public and asking the chair umpire to silence the stands when the points were in Game.

A) Yes Collins has managed to make the 'break' (2-0), second that Barty conceded throughout the tournament, repeat in the fifth (5-1) to take advantage. The Australian tennis player, who had lost her initial solidity, has managed to stop the streak of collins breaking his serve twice to level the score at 5-5, winning four games in a row and forcing a tie break.

Barty has not missed the opportunity in the tiebreaker that could mean the title. The Australian has managed to temper her nerves and the pressure of the moment to take a 4-0 lead. collins He has only managed to win two more points. In the first 'match ball', with a cross forehand 'passing shot', he certified his victory in 1 hour and 25 minutes, breaking the 44-year drought in Australian tennis.

The world number 1 has managed to win her third Grand Slam after winning at Roland Garros (2019) and Wimbledon (2021).