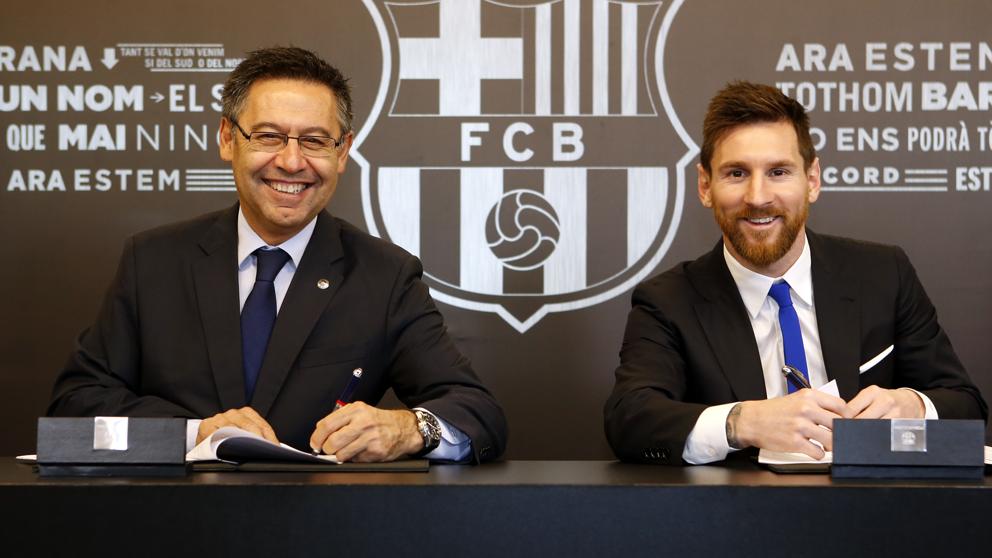 Josep Maria Bartomeu, president of FC Barcelona, ​​hopes to be able to communicate this afternoon by telematic means to his entire board of directors the pact that he is finalizing with the captains of the first soccer team, which can be extended to the entire locker room, as well as with the captains of all sections, homologated to all the professional athletes of the entity, to agree on what percentage their salaries will be reduced while the economic crisis that the club is going through as a result of the health emergency caused by the coronavirus. It will be Grascar Grau, director general of the entity and who has worked closely with the president these days, who will present the details to all the members of the board. The meeting was scheduled for yesterday but the huge documentation required to touch up so many contracts and so many different groups (ERTE could be applied to permanent employees and non-professional athletes in some cases), as well as negotiations with the works council, they have delayed the initial plan.

The intention of Bartomeu, shared with his management team, is to unify the salary reduction to all professional athletes equally, regardless of the differences that may exist between what a first team footballer charges and another for futsal or roller hockey. . This reduction in the salary bill is calculated and adequate in accordance with the volume of millionaire losses that the club is suffering, without income from television rights, UEFA bonuses, ticket sales, museum visits, sales in official stores or enrollments of the international schools that it has spread around the world and that are, after all, a business.

The measure will be applied retroactively, therefore it will be in effect from March 16, the day the Spanish government decreed the state of alarm.
The money lost by athletes until normalcy is recovered will not be returned. Given this specific claim by some victims
the board will respond that the
The entity will never recover the losses recorded during these weeks of competition stoppage and income freeze. The reduction of costs (wage bill) in proportion to the losses is the solution adopted.

There are two ways to calculate the percentage by which wages will decrease. If, for example, a provisional 70 percent is applied for two or more months, this would mean, when counted from an annual perspective, a reduction that could reach and even exceed 20 percent of a player’s annual record.

Bartomeu has contacted Messi and company through videoconference

In other clubs, cases of Bayern Munich or Juventus, reductions are being made that directly affect annual salaries and not partial periods during the crisis. Although Bartomeu has been and is in contact with his counterparts from other European clubs (today videoconferences of the ECA and UEFA are called), the labor legislation varies according to each country and from these transnational conversations it has been concluded that each one You must choose your own path without distancing yourself with some eccentricity that leaves others in a bad place.

The good predisposition of the captains of the first soccer team has been the general trend in the videoconferences that Bartomeu has been maintaining individually or collectively, both with Leo Messi, and with the rest of the armband wearers: Busquets, Piqué and Sergi Roberto. The intention is to reach a consensus on the agreement, although if this is not achieved, the directive will persist in achieving its execution due to the seriousness of the situation. Footballers, either out of commitment to the club or out of sensitivity to what is happening, either because they know that their response will be examined socially and in the media, are in favor of agreeing to the proposal.

In any case, today’s meeting should be strictly informative because any collective wage modification must be faithful to the protocols established by law and not be carried out without, for example, being communicated to all affected workers beforehand. The AFE (Spanish footballers’ union) is closely following both the footsteps of FC Barcelona and those of other clubs that, in the face of the coronavirus crisis, want to touch up the salaries of footballers to reduce expenses and cushion the already millionaire losses.

Transfers: The ten young people who were called to break the transfer market in summer

Top-level athletes send a message of encouragement: “The game is going to win” – La Provincia