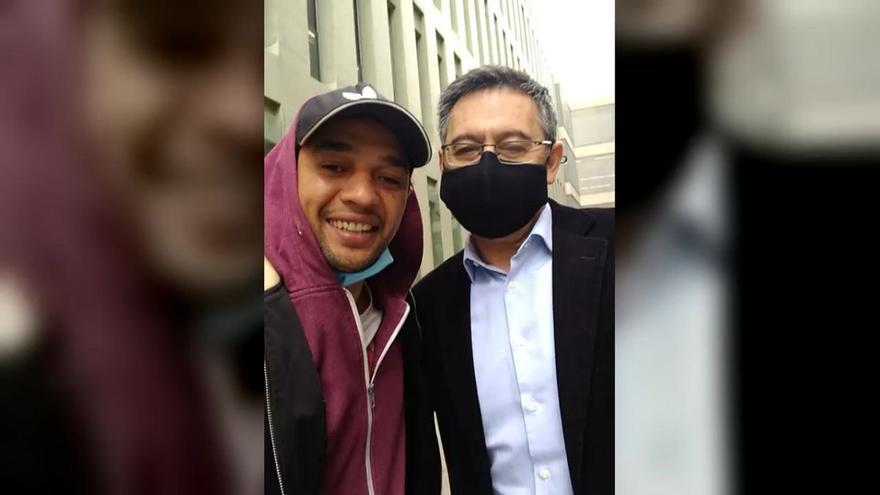 The former president of Barça, Josep Maria Bartomeu, has disassociated himself this Monday before the judge from the profiles and accounts opened in social networks in which the founder and director of Mediapro was allegedly defamed Jaume Roures, according to the legal sources consulted by EL PERIÓDICO, a newspaper belonging to the same communication group as this medium. The predecessor of Joan Laporta has declared as a defendant in a case opened in parallel with Barçagate on alleged unfair administration of the Barça club and that began as a result of the complaint filed against him by the audiovisual producer for alleged insults and slander. Roures was on a blacklist of journalists that was found in the searches carried out by the Mossos in March of this year.

In the 10 that the interrogation lasted, Bartomeu only answered the questions of his lawyer, Jose Maria Fuster Fabra, and the judge. In his appearance, the former president of Barça, who avoided the media waiting for him upon his departure, explained that he only met on one occasion with Carlos Ibáñez, the administrator of a business group, among which is the firm I3 Venture, hired by Barcelona to follow up on the news and comments about the Barça entity on social networks.

According to his version, in that meeting this businessman was only entrusted with this task of tracking in social networks and at no time was the creation of profiles on Twitter and Facebook commented on or contracted. smear opponents to its board of directors, including Roures, and even to the club’s footballers. The one who was the head of Barça stressed in court that he was not aware of those supposedly defamatory tweets.

Bartomeu specified that his mission as president was one of representation and that the emails on certain aspects, such as the summaries of the motorization of Internet, they came to his secretary. He insisted that the job of that business group (different companies of the same invoiced, according to the Mossos, for the same service) was to control what was said about Barça on social networks.

After the former president of Barça appeared before the judge Jaume masferrer, former right hand of Bartomeu. He only answered questions from the judge and his lawyer, Olga Tubau, during his interrogation. The former director of the entity also denied his participation in the profiles and internet accounts used to discredit personalities critical of the club. Of those of Twitter claimed that he knew nothing and that of Facebook used to criticize Roures explained that he did not commission it, did not give instructions for it, although he admitted that he had knowledge of its content. In his opinion, it was like a kind of “newspaper library” on Roures. He insisted, yes, that he did not indicate what kind of news should be included in that website, which was created three years before the Barça contract the services of the business group of Carlos Ibáñez.