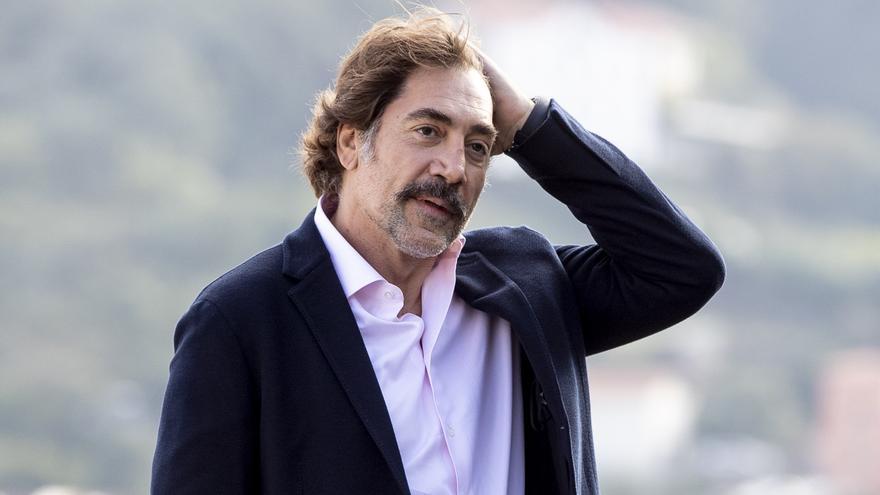 This Monday the nominees for the Golden Globes 2022, the awards given by the Hollywood Foreign Press Association (HFPA), were announced. The great news has been that Javier Bardem, Parallel mothers and its composer, Alberto Iglesias - ignored by the National Film Academy - will put the Spanish accent in California. But this year the list has been clouded by other less artistic issues. The accusations of corruption and discrimination have affected the ceremony to such an extent that it is still unknown how it will be broadcast on January 9.

The Los Angeles Times accused the organization last February of corrupt practices and influence peddling by its members, among whom there are people who do not even work in the media or are retired. He also denounced discrimination and racism, due to the lack of black reporters among the 87 who have the right to vote.

According to Variety, Advertisers advised their clients, including Hollywood heavyweights, not to get involved with the Association until they revised its bylaws and made radical changes, and most of the big studios followed suit. The result is that the 2022 Golden Globes ceremony does not enjoy sufficient media or corporate support to develop normally. Nor will it be broadcast, as has been customary since 1996, on the NBC network. Hollywood is openly talking about boycott.

A secret with voices

Despite being one of the most entertaining and media ceremonies on the planet, the suspicions that the Golden Globes They did not act cleanly, they were vox pópuli. Not even last year's presenters, comedians Amy Poehler and Tina Fey, let the matter run from the stage: "The HFPA as you know is made up of ninety honorable white straight people." Although they softened it with their dose of acid humor, what the Los Angeles Times discovered is that the association's committee does not allow new incorporations and favors the favorable treatment of the same producers and studios.

"There is a lot of nominated crap, and that is the problem with these awards. They let pass work by African-Americans. There are no black members in the HFPA and inclusion is important," Poehler attacked last January. The "prelude to the Oscars" thus became a Hollywood crossfire against itself.

After that strange galaStars like Scarlett Johansoon and Mark Ruffalo openly called for the film industry to drop these awards. "As an actress promoting a movie, you are expected to participate in awards season by attending press conferences and award shows. In the past, this often meant facing sexist questions and comments from certain HFPA members who brushed against sexual harassment, "said the interpreter of Black widow in his statement calling for a boycott of the Golden Globes. Tom Cruise also announced that he would return the three awards he had won in previous editions.

Platforms streaming, for their part, joined this movement. The first was Netflix: "We cannot ignore the collective failure of the HFPA to address these crucial issues with urgency and rigor," they wrote in a letter. It was followed by Amazon Studios and then Warner Media, owner of HBO and Warner Pictures.

"We do not believe that the plan goes far enough to address the breadth of our concerns, nor does its schedule reflect the immediate need for which these issues must be addressed," they said of the association's sudden urgency. "Additionally, our teams have endured press conferences where they were asked sexist, homophobic, sexist and racially insensitive questions," Warner added.

"Assuming the organization executes its plan, we hope to be in a position to broadcast the gala in 2023," NBC added after openly announcing that they refused to broadcast the 2022 ceremony. For its part, the Press Association promised to make these changes quickly, and has done so. In recent months, 21 new members have joined the voting table and signed the agreement Reimagine Coalition with the National Association for the Advancement of Colored People (NAACP), to fund more diverse projects.

HFPA Director Helen Hoehne has shown her frustration at not being able to wash the image of the awards in time: "I'm really trying to fix it and I don't do anything else, day and night." Still, he has been optimistic about next year, which will also be the 80th birthday of the awards. "With more diverse ranks of members, I'm looking forward to seeing this year's nominations come out," Hoehne said before hearing the list of nominees announced by black rapper Snoop Dogg.

Is the result more diverse?

CODA: Signs of the heart

The power of the dog

Best Actor in a Drama Movie

Javier Bardem - Being the Ricardos

Benedict Cumberbatch - The Power of the Dog

Denzel Washington - The Tragedy of Macbeth

Best Actress in a Drama Movie

Nicole Kidman - Being the Ricardos

Best Actor in a Motion Picture - Musical or Comedy

Anthony Ramos - In the Neighborhood

Best Actress in a Motion Picture - Musical or Comedy

Best supporting actor in any movie

Kodi Smit-McPhee - Power of the Dog

Best Supporting Actress in any Movie

Kirsten Dunst - The Power of the Dog

Jane Campion - The Power of the Dog

Jane Campion - The Power of the Dog

Aaron Sorkin - Being the Ricardos

Raya and the last dragon

The Hand of God

Jonny Greenwood - The Power of the Dog

Belfast's “Down to Joy” - Van Morrison

Only Murders in the Building

Best Limited Series or Motion Picture Made for Television

Best Actor in a Drama Series

Best Actress in a Drama Series

Best Actor in a Musical or Comedy Series

Steve Martin - Only Murders in the Building

Martin Short - Only Murders in the Building

Best Actress in a Musical or Comedy Series

Best Actor in a Limited Series or Movie Made for Television

Oscar Isaac - Scenes From a Marriage

Best Actress in a Limited Series or Movie Made for Television

Jessica Chastain - Scenes From a Marriage