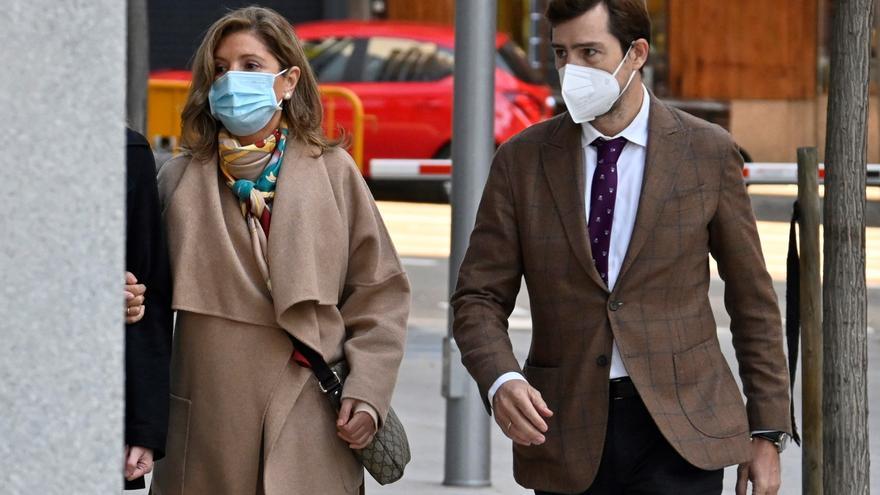 Rosalía Iglesias, the wife of the former treasurer of the PP Luis Bárcenas, has entered at 5:15 p.m. this Sunday in the women’s prison of Alcalá (Madrid) to comply the nearly 13 years in prison that the Supreme Court has imposed on him After reviewing the sentence in the Gürtel case issued by the National Court in 2018, prison sources have informed Efe.

Rushing the ten-day period that the Audiencia gave her to enter jail after the high court broadly ratified the sentence, Rosalía Iglesias enters prison two years and seven months after her husband did, who recently requested the transfer of the prison of Soto del Real to that of Alcalá Meco to be close to his wife.

According to the protocol, as soon as he entered the jail, the officials have taken his fingerprints and taken photos, in addition to entering his data in the admissions book with an assigned inmate number. Rosalía Iglesias already has this identification, because in May 2018, after being convicted by the Court, she entered the Madrid prison of Soto, although she was only a few hours since she paid the 200,000 euro bail that the court imposed on her to evade the jail. That number is already in his file, which will include updated information on his procedural and prison situation.

Bárcenas’s wife will have to deliver, if she had entered jail with them, unauthorized personal belongings such as keys, mobile or wallet and also voluntarily leave other valuable items, such as watches or chains, as a locker. These personal items will be kept in a safe. The inmate may remove them when he is released or deliver them to a family member he designates.

According to the usual procedure for entering a penitentiary center, you will have a first medical examination and will be interviewed in the next few hours by the social worker and other prison professionals to decide on the module. The grade classification will be designated before two months have elapsed, prison sources remind Efe, and, although Iglesias has chosen this prison, he could also request a change of center or the address itself consider a transfer appropriate in the future.

Rosalía Iglesias went to the National Court on October 30 to collect the resolution that agreed that there was no impediment to continue in a penitentiary center with the rehabilitation treatment to which she said she is undergoing, so it was ordered that within ten days he had to enter jail. That day, in the same building as the Court, was the former Interior Minister Jorge Fernández Díaz, who appeared as a defendant for the Kitchen operation, in which the espionage of the Bárcenas family in 2013 is being investigated.

After reviewing his appeal, the Supreme Court did not respond to the allegations of Bárcenas’ wife and ratified, as the Court said, that he knew the criminal origin of her husband’s money, as well as the unjustified increase in his assets. The magistrates confirmed that he had “full control and management capacity over the bank accounts owned by him, Swiss or Spanish, through which the couple hid their assets and circulated them.” “A clearly active conduct in order to cooperate in this dynamic of fraud, concealment and subsequent outcropping of money illicitly obtained by her husband”, for which they considered proven that their participation “was not limited to putting his signature on certain documentation.”