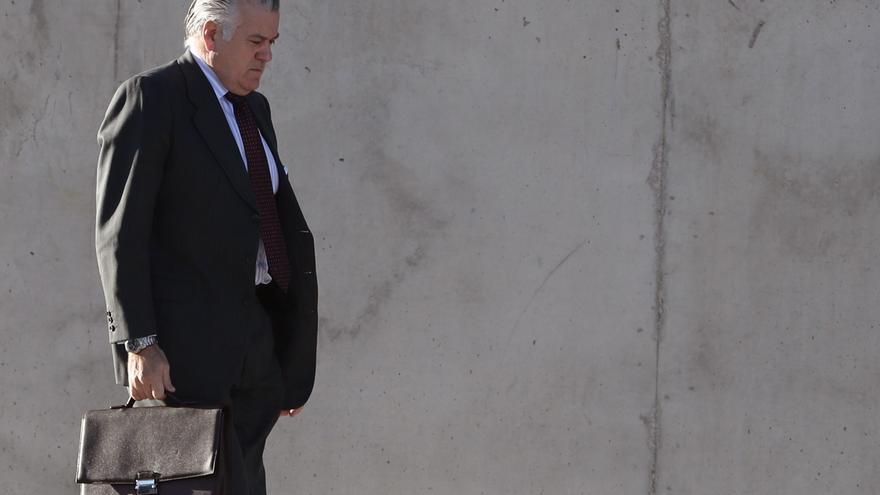 Luis Bárcenas wants to collaborate with the Anticorruption Prosecutor’s Office in exchange for obtaining some prison benefits for his wife, Rosalía Iglesias, who has just entered prison to serve the sentence of almost 13 years for the Gürtel case. The lawyers of the ex-treasurer of the PP have already met with the prosecutors to offer them information on the irregular financing of the PP, as published by El País.

If Bárcenas’ offer materializes, the fears of the popular leaders will be fulfilled, who feared that the entry of his wife into prison would lead him to pull the blanket. According to El País, Bárcenas seeks to obtain in exchange for this confession that his wife soon obtain prison permits and even semi-freedom in a short period of time.

The former head of the PP accounts wants to offer the information he still keeps on box B, which, although it was accredited in the sentence of Gürtel’s early days, is judged in a separate piece. Bárcenas already confessed the existence of a B accounting in the PP, which he defined as “extra-accounting”, but in this branch of the case the investigators are still trying to prove that the donations of the businessmen to the PP were made in exchange for future work awards public.

A few months ago, and following a police report, the judge of the National Court José de la Mata already wrote in an order that “There is an indicative causal relationship between the donations, the subsequent actions established to establish contacts (of Bárcenas and the late Álvaro Lapuerta with the authorities of the PP) and the relationships established. Sometimes the result was produced in the form of the contracts received, the real objective of the employer after the negotiation. ”

In the case of box B, the ex-treasurer of the PP is currently being charged, who is facing a fiscal request for 5 years in prison; the former party manager Cristóbal Páez (18 months in jail), as well as the PP as a subsidiary civil officer, who was asked for a guarantee of 1.2 million euros.

The cause has been reduced to the supposed partial payment “of 888,000 euros”, coming from the undeclared donations and reflected in the papers of Bárcenas, to pay for the reform of the headquarters of the PP in Genova street, so they will also sit in the bench those responsible for the company Unifica, the architecture studio that carried out the project.

Bárcenas is already serving the sentence imposed by the Gürtel case, which in his case amounts to 29 years and a month. The Supreme Court ruled that “aside from the criminal activity that he carried out in common with other defendants, he developed on his own, and when he needed it in collaboration with his wife, another activity aimed at illicitly enriching himself by mediating in other adjudications of works or appropriating funds from the PP “.

As a result of his illicit activities, the court said, “he managed to accumulate an important patrimony, which he concealed through a financial network in Swiss banking entities” with maneuvers that also demonstrate “a permanent defrauding attitude”, a modus operandi to which he contributed actively his wife, Rosalía Iglesias.

Iglesias entered prison this Sunday to serve the sentence imposed by the Supreme Court. The judges concluded that Iglesias “had full control and management capacity over the bank accounts owned by him, Swiss or Spanish, through which the couple hid their assets and circulated them.” Likewise, they also point out that the court “observed a clearly active conduct in order to cooperate in this dynamic of fraud, concealment and subsequent emergence of the money illegally obtained by her husband.” “His participation, as we have seen, was not limited to putting his signature on certain documentation,” they add.

And they continue to recall that “the Court considers the participation of Rosalía Iglesias proven in the misappropriation committed by her husband, to which she offered to participate and from which she benefited, since she not only lent herself to be the owner of the shares acquired with the money taken from PP’s “Box B”, but instead, after its sale, he deposited the money obtained into his own bank account and, a few days later, he issued a check for the same amount for payment of a property of the marriage”.

Is ‘the crown’ possible with the Spanish royal family?

The Aemet activates the orange and yellow warning in the Canary Islands for rain, wind and rough seas