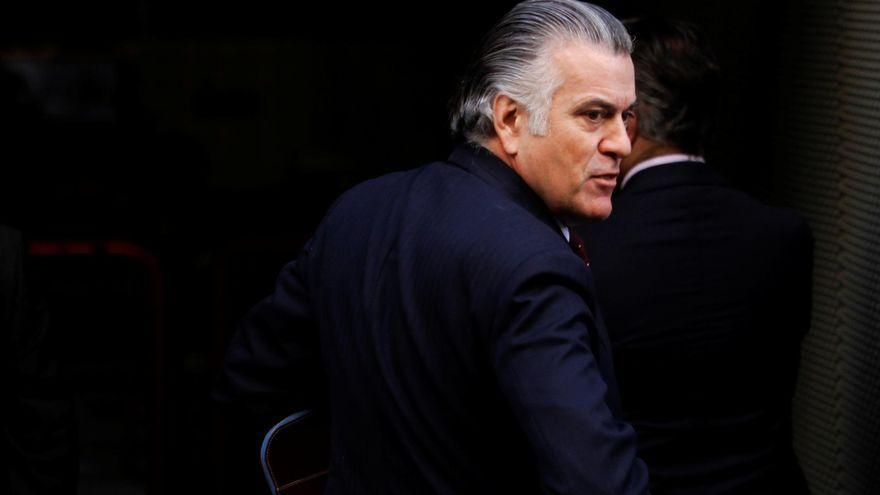 The confession announced by Luis Bárcenas In the new avenue of investigation of box B of the PP has remained this Friday in a set of accusations without documentary support because, according to the former treasurer, the police from Operation Kitchen stole it. Bárcenas has changed his defense again and has appeared accompanied by the lawyer who defends his wife and not by Gustavo Galán, the lawyer with whom he wrote the frustrated confession announcement.

“In that documentation was who, how much and on what date” the electoral campaigns of the PP were financed, Bárcenas has said about the documentation allegedly stolen from the treasurer. The former treasurer of the PP has once again pointed out the commissioner Andrés Gómez Gordo, advisor in the past of María Dolores de Cospedal and accused in the Kitchen piece of the Villarejo case, as the person who would have stolen and keeps that documentation.

Thus, and for a little less than an hour, Bárcenas has left a phrase that, according to legal sources, cannot be transformed into any new accusation or even in delving into the open avenues of investigation. At most, the State attorney put special interest in the description of the “lobby” or “public relations” task that Bárcenas did of his work and that of the late Álvaro Lapuerta with ministers and secretaries of State, according to sources present in the statement. .

In the cases of the Ministries of Development and Environment, Bárcenas assured that their leaders were always made available to their representatives so that they would know about the bids before they were published. Bárcenas did not need much more either.

Luis Bárcenas has said that the former Minister of Development Francisco Álvarez Cascos got angry with Lapuerta because he went to a director general of the Ministry to put him in contact with a donor from the PP and did not go directly to him, so it was the last time that the holder of the portfolio was not dealt with directly.

The ex-treasurer of the PP has pointed out to the builders that the investigation has already proven that they paid for specific awards, Alfonso García Pozuelo and Rafael Palencia, and has highlighted the contributions of black money to the party of Juan Miguel Villar Mir, founder of OHL. On the other hand, he has said that Florentino Pérez’s ACS never participated in contributions to box B of the PP:

In the letter to the Anti-Corruption Prosecutor’s Office that motivated today’s summons, Bárcenas spoke for the first time about finalist donations. Until that moment, it had only been done by one destined for an electoral campaign by María Dolores de Cospedal in Castilla-La Mancha. “The reason why Álvaro (Lapuerta) received these donations directly was because he was a person of the Party’s maximum confidence and the person designated to inform -if it were the case- to the minister who was competent by reason of the work or service that could be affected by the specific public award ”, Bárcenas advanced in that letter before offering to collaborate in the clarification of said statement.

The work of Chief Inspector Manuel Morocho has opened a new avenue of investigation of box B about bribery of businessmen, a channel closed in 2015 due to the lack of evidence. The judge has demanded documentation from 7 ministries from the time of José María Aznar on which there are suspicions of having awarded businessmen donors of the PP in exchange for these irregular contributions to the party.