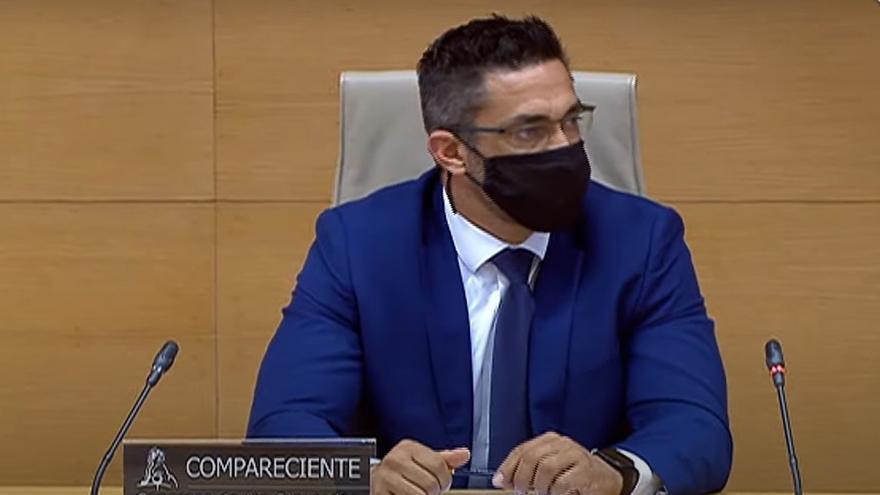 The former driver of Luis Bárcenas and his family, Sergio Ríos Esgueva, has refused to testify this afternoon to questions from spokespersons for the Congressional commission investigating the Kitchen operation. In his few words in Congress, Ríos said that he was availing himself of his right not to testify on the advice of his lawyer because the case of the National High Court, in which he is accused, is still open and is still under secret “a very important”.

Ríos Esgueva knows the relevance of that secret Kitchen sub-piece because it started from a search at his home. What the Anticorruption Prosecutor’s Office and the Internal Affairs agents are still secret, but it includes the collaboration of the former driver. Ríos Esgueva had refused to testify as many times as the judge had called him to testify previously, but since that sub-piece was opened, he has responded to questions from the judge and prosecutors on several occasions.

Sources in the case indicate that this secret part of the investigation indicates that Sergio Ríos could have been infiltrated into the Bárcenas family by the Popular Party to control their movements even before the parapolice operation began. At that time she was secretary general of the PP María Dolores de Cospedal, on which the Anti-Corruption petition weighs that she be summoned to testify as a defendant since September, a request that the investigating magistrate, Manuel García-Castellón, has been postponing , as is the case with her husband, businessman Ignacio López del Hierro, linked to commissioner Villarejo.

The decision on Cospedal’s summons is pending an expansion of a report recently presented by the Internal Affairs Unit on the content of new Villarejo agendas seized last December within the piece that investigates the attempt to sell information by the commissioner from jail. With this extension of the police report, García-Castellón will decide on Cospedal’s accusation in the coming days, the sources said.

The Kitchen operation tried to sabotage the court case of box B of the PP to protect leaders of the Popular Party, including Cospedal herself, according to the investigators. For this, the political brigade paid 48,000 euros for two years to Sergio Ríos in exchange for information stolen from the family and then his entry into the Police was facilitated, where he continues to be active in a coveted position.

All these events were recalled by the spokesmen to Sergio Ríos, who has not answered a single question for more than an hour of appearance. ERC spokesman Gabriel Rufián told him: “He goes down in history as one of the great snitches in this country. And nobody likes snitches.”