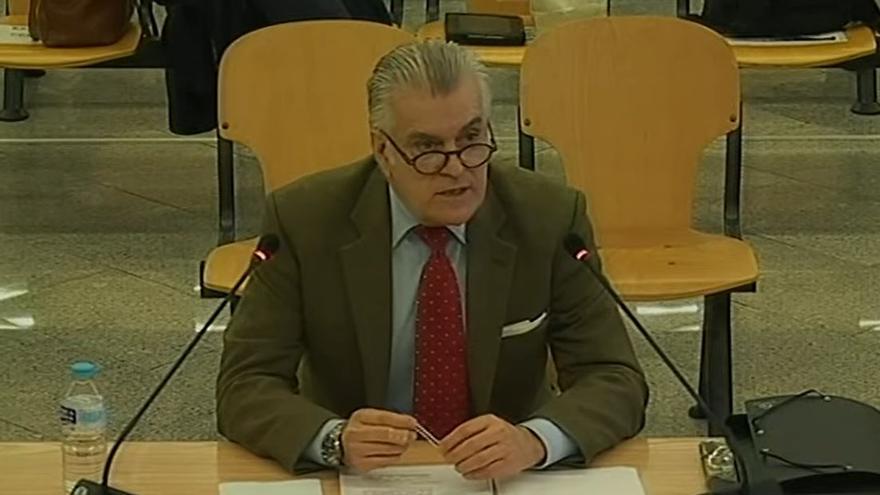 The former treasurer of the PP Luis Bárcenas has assured this Tuesday in the trial of box B that if there is no more documentary evidence of the parallel accounting of the political formation it is because the “Popular Party of Mariano Rajoy, not that of Casado”, organized a operation to steal his material, including a recording with the then president of the PP in which his knowledge of black money is evident. Within his allusion to Operation Kitchen, Bárcenas has pointed to Commissioner Andrés Gómez Gordo, former advisor to María Dolores de Cospedal and now at the head of the Police in the Madrid district of Villa de Vallecas, as the person who took said recording and another in which Javier Arenas appears.

Bárcenas has alluded at all times to what the reports of the Internal Affairs Unit and the Anti-Corruption Prosecutor’s Office, incorporated into piece 7 of the Villarejo case, known as Kitchen, say. In the audio with Rajoy, Bárcenas has just made a delivery of money to him and shows him accounting papers –it is about a conversation when the Gürtel case breaks out – and Rajoy, “scared”, reproaches him for the record, turns in his chair and destroys it in the machine that was behind him for that purpose. Regarding that recording and that of Arenas, Bárcenas added: “Mr. Gómez Gordo who took them should provide them.”

Andrés Gómez Gordo is one of the police officers, a member of the front line of the political brigade of the PP, who are accused in the Kitchen piece. Gómez Gordo has left the Police on two occasions to work with the Government of Esperanza Aguirre and later with María Dolores de Cospedal in Castilla-La Mancha. From that period he returned to the Police because the driver who had infiltrated the Bárcenas family was known to him from the times of the Community of Madrid and to control the information he brought regarding the ex-treasurer.

Luis Bárcenas has lamented this Monday in the trial of box B the “cowardice” of his former colleagues from the PP who do not “show their faces” to acknowledge that the party was financed “irregularly”. “The only thing that bothers me is the cowardice of people who are not willing to admit that we have been wrong, that we have financed ourselves irregularly. In a situation where they are out of politics, it seems cowardly to me not to do that to show their face ”, he said to questions from his lawyer.

On the other hand, the former treasurer has denied any negotiation with the Minister of Justice of the Community of Madrid, Enrique López. “Enrique López did not negotiate anything neither with me nor with my friend. What he did is sit Jesus Santos [abogado del PP] that he was the interlocutor in something that was never a negotiation, that it was an exposition of positions, of concerns, as Santos has recognized. On this occasion, at least he has not lied ”, he declared.

The lawyer for the popular prosecution Gonzalo Boye, on behalf of Observatori Desc, has requested to send two questions to Bárcenas through the court to clarify some terms of the interrogation that the prosecutor carried out yesterday: to clarify if the papers of the ex-treasurer that the prosecutor questioned yesterday are the same ones that served to convict Bárcenas in the National Court and in the Supreme Court and if “M. Rajoy ”in those roles is Mariano Rajoy. The court has responded that both issues are clear and that it was not necessary to refer those questions to the accused.

In the question time of the State attorney, Rosa María Seoane, Bárcenas said that he agreed with Gonzalo Urquijo, from Unifica, to pay between 25 and 30% of the Genoa reform with funds from the Party’s “off-the-books accounting” Popular.