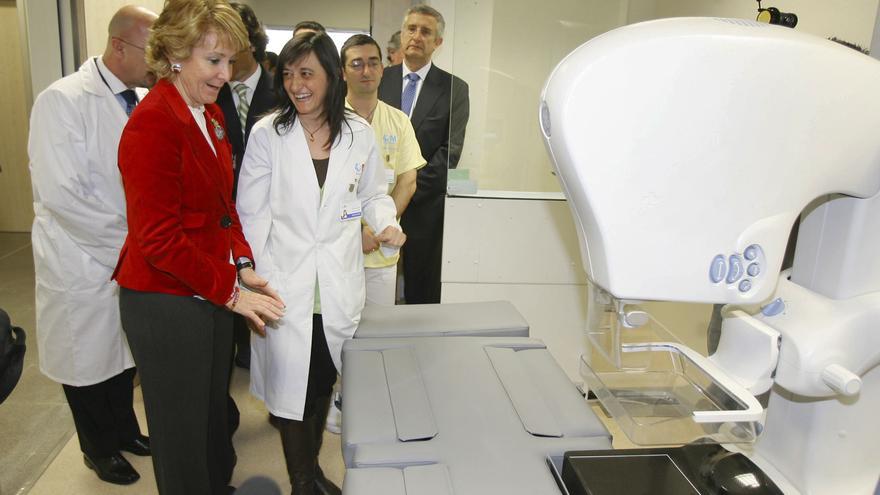 The ex-treasurer of the PP Luis Bárcenas has assured in his testimony as a witness before the judge of Púnica that Esperanza Aguirre received in 2007 in her office at the headquarters of Genova Street an envelope with 60,000 euros to defray expenses of her campaign to the autonomous communities of that year, in which he won with an absolute majority, legal sources inform elDiario.es.

Bárcenas has identified the donor as Luis Gálvez, president of the construction company Ploder, and has affirmed that the businessman came to the headquarters with that money and asked that it be allocated to Aguirre's campaign. Then, he assured, he and the late Álvaro Lapuerta handed it over to the then regional president in his office in the presence of Francisco Granados.

The construction company Ploder was part of the UTE to which the Executive of Aguirre awarded in June 2005 the contract for the construction and operation of the Infanta Leonor hospital, located in the Madrid neighborhood of Vallecas. It was one of the seven built under the 2004-2007 Infrastructure Plan with a public-private system. This model consists of a conglomerate of companies constructing the building and, in return, receiving a fee for the works and for taking care of non-sanitary services such as cleaning, laundry or maintenance during the 30-year concession.

Luis Gálvez, the owner of Ploder, also appears as a donor of the national PP in the 'Bárcenas papers'. Those documents handwritten by the former treasurer collect a payment of 50,000 euros from Luis Gálvez on February 22, 2008 to box B of Génonva. In 2014, the businessman appeared as a witness before the judge who was then investigating the connection between donations to the PP and public works awards and denied being the person who appeared in those annotations. He also assured that he had not been to Genoa and that he did not know Bárcenas, or his predecessor in office Álvaro Lapuerta.

The 2007 campaign of Esperanza Aguirre is one of the three that are in the magnifying glass of the researchers. The first is the one that helped Esperanza Aguirre to take over the Government of the Community of Madrid, the electoral repetition after the 'tamayazo'; the second is this one from 2007 which corresponds to the delivery of the envelope with 60,000 euros; and the third, the autonomous elections of 2011.

The instructor of the Punic case at the National Court, Manuel García Castellón, summoned Bárcenas after the Anti-Corruption Prosecutor's Office requested his appearance after receiving a letter in which he showed his willingness to collaborate with the Justice. In that writing he stated for the first time that some of the donations to the PP during his time as manager and treasurer they were finalists, that is, they were produced in exchange for a specific award.

The irregular financing of the PP of Madrid is the object of piece number 9 of the Punic macrocause. Esperanza Aguirre herself has been charged since September 2019 for her alleged involvement in the "supervision" and "control" of the concessions in advertising contracts that the different ministries of her Government have made to certain businessmen in exchange for financing without control for the Madrid PP. In his order, Judge García-Castellón incidentally attributed to Aguirre the work of "supervision" while the treasurer of the local formation, Beltrán Gutiérrez, and the vice president Ignacio González and the counselor Francisco Granados were in "direct control" of the plot, executing the decisions of the then president.