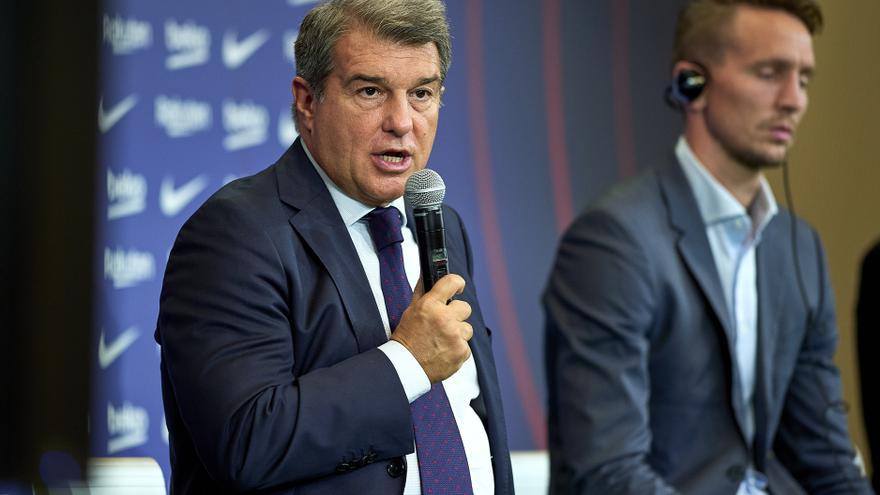 The president of the Barcelona Soccer Club, Joan Laporta, revealed that when the works of remodeling of the Camp Nou the first team will go “to play at most one year at the Estadi Johan Cruyff, which will be expanded to between 40,000 and 50,000 spectators“in an interview he gave this Friday on the program ‘El Món a RAC 1’.

“If the Assembly of Committees authorizes us (on October 17) to work to obtain this capital, we would like to start the works next summer. We are contemplating different possibilities, but the one that has more force is the Estadi Johan Cruyff. The Nou Camp Nou will be finished in 3 or 4 years and will have 110,000 spectators, “he added.

According to the Barça president, the Espai Barça project “is essential for the viability of the club, have a new stadium and the Barça Campus will generate new income “.

In addition, he considered that the loan that is intended to be requested of 1,500 million euros to be able to finance it “is not a usual credit because there is no obligation to start paying it back until the buildings are built and money can be started from them. ”

In this sense, Laporta explained that the investment fund “Goldman sachs (which has already been in charge of refinancing part of Barça’s debt this summer) is very interested. “” We had a meeting with them last week and they understand a lot how to finance this project, “he said.

Regarding the ‘due diligence’ presented by CEO Ferran Reverter last Wednesday, Laporta ruled that it was expected “to find a bad situation, but it has been much worse.”

“We will go to court if determined by the forensic, the legal department and the board of directors. Before the end of the year we should have all the information. Everything is open, also the liability action, but we must respect the presumption of innocence above all “Laporta explained.

From this point of view, the president of Barça said that what worries them the most “is Espai Barça and the payment to intermediaries and suppliers”. And he added: “Some amounts of payments to intermediaries are too high and some operations have been directed to the same intermediaries.”

On the other hand, on the departure of Leo Messi, he said that he believes that “he had the offer from Paris Saint-Germain on the table before it was announced that he was leaving Barça.” And he admitted that when he saw that they could not retain him financially, it crossed his mind that “the player could even propose to play for free with Barça.”

Laporta did not rule out that the Barça club end up accepting the operation with CVC that LaLiga proposed: “It is still possible because it is being reformulated, what we do not want is to go into debt more. But no one conditions us when doing this operation, and less the real Madrid”.