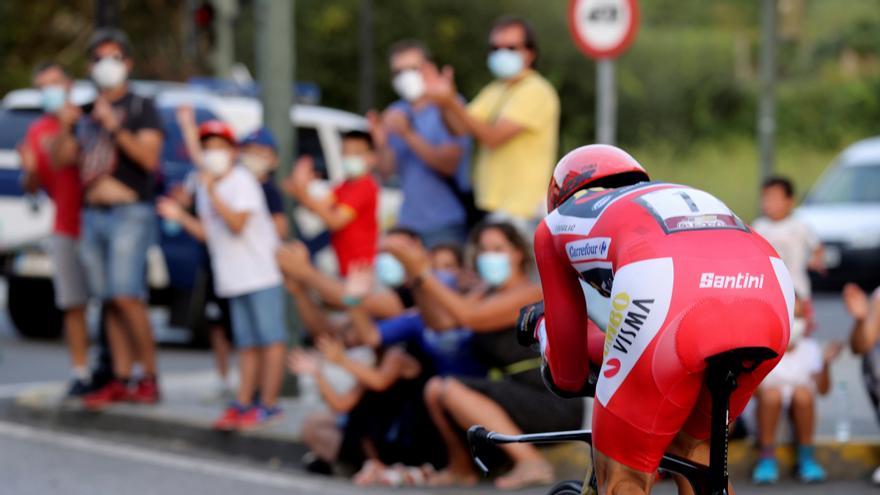 The Back to Spain will start next year Barcelona and the city will thus become, for at least five days, the world capital of cycling. It is a municipal bet, one of the most important in recent times, not only sports but also citizen, as it will bring an international competition free of charge to the people of Barcelona who will be able to follow from the most central streets the course of the first stage of the Spanish round.

The agreement was made public this Monday, at the Museu Olímpic, after the compromise reached between Jaume Collboni, first deputy mayor of Barcelona City Council, and Javier Guillén, general director of the Vuelta. In this way, the test will begin in Barcelona on Saturday, August 19, 2023 to end in Madrid on september 10 after three weeks and 21 stages of competition.

Barcelona has not hosted a start of the Spanish round since 1962, the only time it has done so in the entire history of the race created in 1935. On that occasion, a 92-kilometre stage was held, which was won by Antón Barrutia, who died last month of July, and who acquired sporting notoriety as director of the historic Kas team.

The intention of the test management is to start the race with a team time trial through the center of Barcelona. From the street, especially if at that time the pandemic is already a bad memory, thousands of people will be able to follow for free not only the first stage but also the previous training sessions of the 23 participating teams with a total of 184 runners.

The talks started several weeks ago after David Escudé, Councilor for Sports of the Barcelona City Council, contacted Guillén. It so happens that in 2023 the tours It will also start in Spain, in this case in Bilbao, with three stages whose route will be made public this Wednesday. Tour and Vuelta belong to the same company ASO, which also organizes other important sporting events such as the Dakar Rally.

Due to various circumstances, among others the altered political climate in Catalonia in recent years, the Vuelta has had very little role in Catalonia. Specifically Barcelona has not received the Spanish round since 2012, although then he did it with a stage of transition calls. In addition, the illogical custom of taking the test to Montjuic to try not to disturb the traffic on the streets of the city. As if that were not enough, Barcelona did not reap the fruits of the economic return since the 3,000 people who move the race between organization, teams, technical staff, jury, press and advertising caravan did not spend the night in Barcelona since at the end of the stage they went, for plane or road, to Galicia since the next day there was a day of rest and transfer. To find the previous Barcelona stage of the Vuelta, you have to go back to 1999.

The Spanish round, which this year begins in Utrecht (The Netherlands), will not step on Catalan territory in 2022. The test has not passed through Catalonia since 2019, although in recent years it has always done so with processing stages all of them resolved in the sprint with visits to Igualada (2019), Lleida (2018 and 2015) and Tarragona (2017).

The teams will arrive in Barcelona on Wednesday, August 16. The cyclists will be training around the city until Saturday, the day on which streets will be closed so that they can get to know the race circuit. The organization of the race wishes arriving and departing from emblematic places of the city, although the decision of the area where the stage will be held will be the next chapter to be discussed between the city council and the Vuelta.

For now, the path to take on Sunday, August 20, has not been decided between the three options contemplated by the race: north, on the way to Andorra, towards Aragón via Lleida or towards Valencian lands passing through Tarragona.

Andorra has been an 'allied' country of the Vuelta for years and in this case it would be the easiest route from Barcelona. However, holding the second stage of 2023 in the Pyrenees would mean destroying the general classification at the first opportunity after the bad experience of 2017 when Andorra la Vella was reached on the third day, he dropped Alberto counter Y Chris Froome He has already dressed as a leader so as not to let go of the garment until Madrid.

Likewise, the celebration of a team time trial that circulates through the center of Barcelona implies a great mobilization of the Guàrdia Urbana and volunteers because of the number of streets that must be closed to traffic for at least three or four hours. However, the fact that the test is held on a Saturday in August, in the middle of the summer holidays, relieves traffic pressure, apart from the fact that the Vuelta will be another attraction for tourist interests in Barcelona in August 2023.