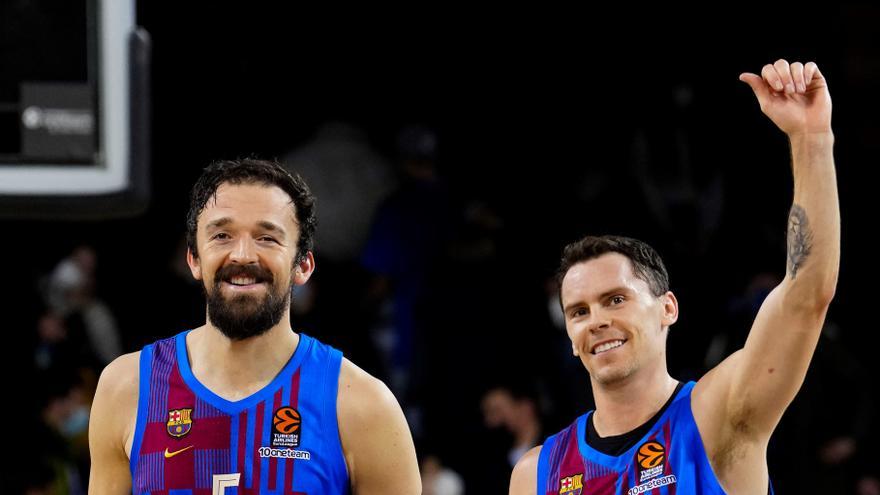 the escort Kyle Curic led with 20 points (four triples without fail) the victory of Barcelona (71-66) this Tuesday at the Palau Blaugrana in front of a seasoned Bayern Munich who fought the match until the end.

Erratic in the first quarter (9-9) and without scoring continuity in the second (28-29)the Catalan team reacted in the third period under the direction of Rokas Jokubaitis and Dante Exum (45-41), and prevailed in the last minutes thanks to the success of their veterans.

Beyond Kuric's role, well supported by Nikola Mirotic (13 points), on the Barça side, the contribution of the Australian Exum (9 points) stood out in what was surely his best game since he arrived in Barcelona. In the visiting team, forward Vladimir Lucic stood out, author of 16 points.

The Barcelona team arrived at the event in high spirits after winning the last three games in all competitions, but the German team was also going through a good moment of form after having won four of the previous five European games.

The duel of the first round had resulted in a victory for Barcelona (72-80)although the top scorers that night, former Baskonia player Darrun Hilliard (18 points) for the Bavarians and shooting guard Cory Higgins (16 points) for the Spanish team, missed the Palau Blaugrana due to injury.

The pyrrhic 9-9 tie at the end of the initial ten minutes was a true reflection of a first quarter marked by inaccuracies Barça with the ball (8 turnovers).

Two three-pointers by Andreas Obst and former Barcelona player Deshaun Thomas got Bayern off the ground at the start of the second quarterbut Kyle Kuric responded twice with the same medicine (15-15, min.13) to inaugurate a phase of minimal alternations on the scoreboard (23-23, min.16).

Despite the delivery of Rolands Smits (6 points in the second quarter) and the appearance of Kuric (top scorer of the match at halftime with 8 points), Barcelona failed to score continuously against a Bayern that, far from being daunted, he went ahead at the break (28-29).

The exit to the track of the dynamic duo in the direction formed by Rockas Jokubaitis and Dante Exum (with 5 and 6 points in a row), without fear of attacking the hoop, acted as a spur to Barcelona's offense, which managed to come back at the end of the third quarter (45-41).

Six points from Vladimir Lucic and another triple from Corey Walden made it clear to the Palau Blaugrana that the victory was far from on track (47-50, min.32).

Lucic, with a hot wrist, scored two triples in a row (54-58, min.34) and caused the rescue of Barça veterans with Nick Calathes, Kyle Kuric and Nikola Mirotic at the helm.

A basket by Mirotic 50 seconds from the end widened the margin to the delight of a Palau Blaugrana that, like the team, gave its best version in the final minutes (71-66).

Incidents: Match of the twenty-fourth day of the Euroleague played at the Palau Blaugrana in Barcelona before 5,473 spectators.