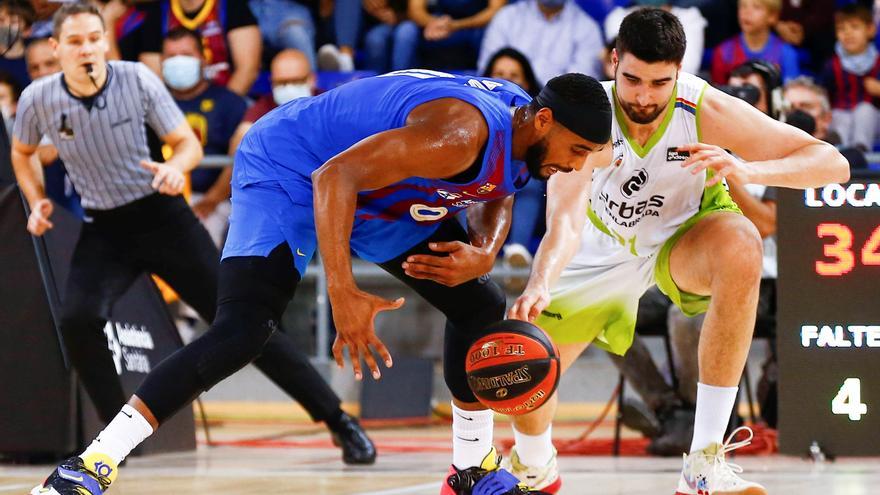 The Barcelona with his sights set on the Euroleague match next Thursday on the track of the leader, Armani Milan, he continues undefeated in the Endesa League after winning this Sunday at the Palau Blaugrana Fuenlabrada by 79-69 after a clash in which the Catalans did not give their rival a chance in the second half and they already signed the best league start in 27 years.

Barça, lbest defense in the league (68 points on average) Brake the best attack, Fuenlabrada (86.6) thanks to Barça’s defensive improvement in the second half and a 14-2 run at the beginning of the last quarter (71-52).

The Barça coach gave Nick Calathes a rest and recovered Pierre Oriola, while at Fuenlabrada, Josep María Raventós, without the Brazilian Leo Meindl and Christian Eyenga, presented his rival with a fast game, a changing defense from man to zone.

Barcelona, ​​through Nico Mirotic and Cory Higgins, quickly opened the gap (12-6, m.5) Although the Fuenlabreños reacted well with a partial of 0-7 (12-13, m.6) with success in the triple. The entry of Kyle Kuric, with seven points in three minutes, relaunched Barça who managed to go up at the end of the quarter (21-19).

The visitors, with success in the triple by Jovan Novak and good defense, dominated the middle of the second quarter (28-34, m.17). The return of Mirotic, after Jasikevicus ‘time and Davies’ effectiveness in attack, together with a step forward from the Barça defense, achieved that the break will be reached with boards (34-34).

The Barcelona raised lines in defense at the beginning of the third quarter and in attack it was nourished of balls to the low post for Brandon Davies. Fuenlabrada held up well through Kyle Alexander and the triples, two followed by Kwan Cheatham (42-44, m.24).

Nico Laprovittola began to score from the 6.75 line, but the third foul by Nigerian Omi Emegano upset the visiting defense (47-44, m.25).

In addition, Jokuvaitis relieved Laprovittola and increased the pace of play while Higgins and Kuric opened the gap (53-46, m.29) and it was difficult for Fuenlabrada to score.

At 57-50 he entered the fourth quarter, which did not start well with Sea Armand’s fourth foul and nearby baskets of Smits and Sertaç Sanli (61-50, m.31). Raventós stopped the game to try to make his team react in attack.

The reaction did not come and Jokuvaitis, a nightmare for the visiting defense, placed 67-52 (m.33) on the scoreboard. Things did not change and Roland Smits placed the electronic at 71-52 (m.35) after a 14-2 run.

New visitor time and slight reaction with un partial of 1-9 that left the score in the final 79-69, when everything was already decided minutes before.

With the victory this Sunday, the team of Sarunas Jasikevicius has equaled, with eight victories his best garter start in twenty-seven years, specifically on October 1, 1994 (94/95 season) with Aíto García Reneses on the bench. That campaign Barça won the League.

Incidents: Match of the eighth day of the Endesa League, played at the Palau Blaugrana in Barcelona before 3,759 spectators.