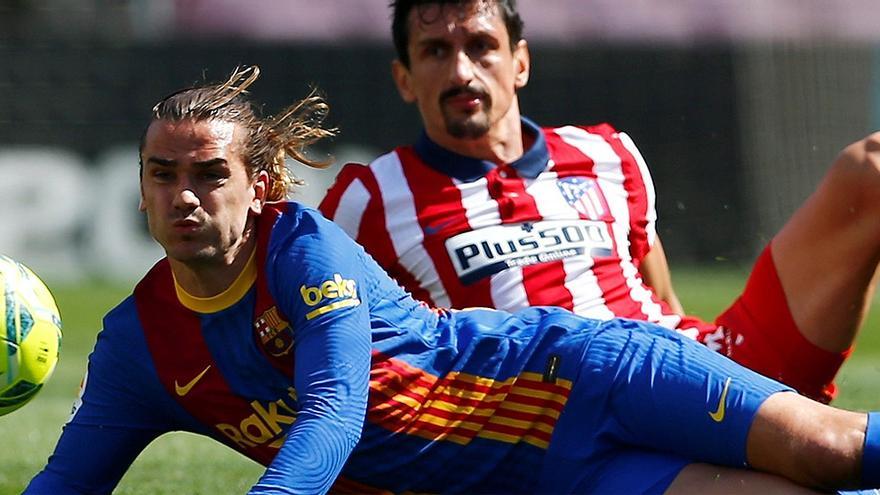 The Barcelona Soccer Club has asked the prosecution to investigate the payment of commissions for the signing of Antoine Griezmann to the Barça club in 2019, during the board of directors of Josep Maria Bartomeuaccording have assured El Periódico de Catalunya sources familiar with the complaint filed by Barça with the public ministry. In the letter, which does not go against any specific person and only describes facts that could constitute a crime, it also contains alleged "improper" payments to a Catalan law firm.

In the crosshairs of the directive Joan Laporta There are not only the commissions that some intermediaries received for the signing of Giezmann, but also from other players, such as Malcom. In the complaint filed with the prosecutor's office and signed by the club's legal advice, each of the steps and the indications that derive from the forensic investigation carried out at the club since last March are detailed. The report is the result of financial investigations carried out by the club with the aim of detecting possible irregularities during Josep Maria Bartomeu's meeting. Barça is expected to present the opinion on Tuesday. The Barcelona Prosecutor's Office decided last Friday to initiate investigation proceedings.

The signing of Griezmann when he was in the ranks of Atlético de Madrid, the club he returned to last year, has been under suspicion for months. A group of partners came to request through a letter that former president Bartomeu investigate whether the payment of certain commissions for the transfer of the footballer was true. The letter was presided over by information published by the newspaper 'El Mundo' in which it was pointed out that the player had negotiated in writing and secretly in March 2019, while playing for the mattress club, the payment of 14 million euros in commissions for his signing for Barcelona. The beneficiaries were his sister and his agent, his father and a mediator who was key for the Frenchman to wear the Barça shirt.

The 'emails' of discord

The information was based on a series of emails reflecting conversations between the parties in which the disbursement of four large commission batches was discussed. In one of them, a game was assigned to Griezmann's sister and agent, and to his father. The second was reserved for the family's own French lawyer. The third, to a French commission agent who had already participated in the negotiations that took place the previous year; and the fourth, the most important regarding the amount for a lawyer who was key in bringing him closer to Bartomeu's Barcelona. Now it remains to verify if all these disbursements were made and if they constitute a crime.

Sources familiar with the Griezmann operation have ensured that Barça, in this case, did not pay commissions and if someone received any amount, it was because the player distributed it only among his relatives. Atlético received 120 million for the payment of Griezmann's clause, which until July 1, 2019 was 200 million, plus another 15 million that have also been denounced by Barça.

The prosecution has six months to collect the necessary documentation to decide if that information constitutes a crimesince the investigations focus on commissions for transfers of soccer players, as an example the 10 million that were disbursed for Malcolm- excessive payments to lawyers, some of them linked to a player, the Espai Barça and the possible splitting of payments, among other irregularities.