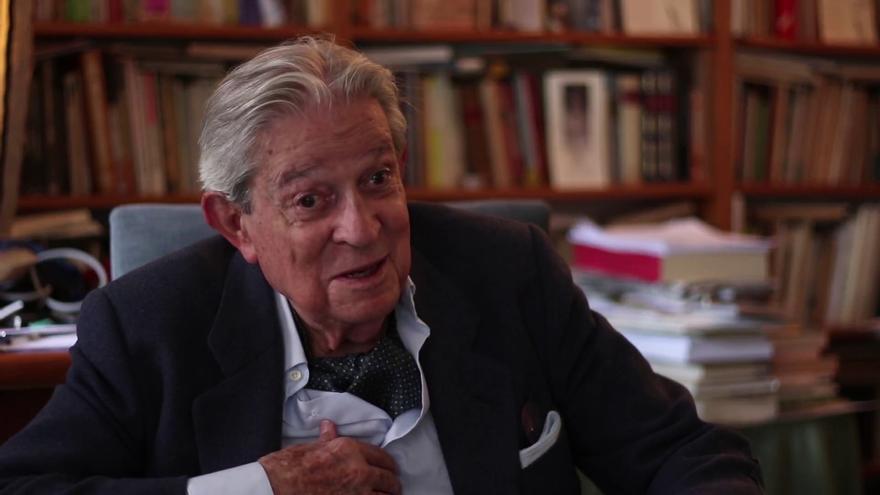 The Barcelona poet Enrique Badosa has died this Monday at the age of 94, as confirmed by sources close to the author.

Enrique Badosa (1927-2021) was one of the great poets in the Castilian language who wrote from Barcelona, admired by other poets and loved in a special way by Joan Margarit, JV Foix and Salvador Espriu, whom he translated into Spanish.

Badosa has been, above all, a poet against the current within the Generation of 50, because he fought in his own sea without ascribing himself to the authors of the Francoist orbit or to those of leftist influence in times when only these two sides were accepted.

Like every poet, he had to develop his profession in the world of letters apart from authorship, which led him to direct the literary content of Plaza & Janés, while working as a cultural journalist at El Noticiero Universal and, later, at ABC, with thousands of opinion articles.

At that time he was awarded the Adonais Prize from the Royal Academy and the City of Barcelona, ​​among others.

He was also distinguished with the Francisco de Quevedo, the Fastenrath and the José Luis Giménez-Frontín Award.

He had received the Cross of Sant Jordi and was offered to be a member of the Royal Academy, but declined due to health problems.

Among his work, three books stand out: ‘Trivium’, which summarizes his enormous and almost endless poetic work; ‘Map of Greece’, also published in Greek in repeated editions, and ‘Sine tradire’, a master lesson in perfectionism in the art of how to make translations without betraying the author.

From ‘Map of Greece’ the poem dedicated to Salamis that appears on the monolith that commemorates that legendary battle was extracted in Salamis.

As Josep Moya-Angeler explained today, his friends still remember the trip in which they accompanied Badosa on September 26, the date of the battle, and in which he passionately narrated the battle as if Xerxes were still there.

He leaves as a legacy twenty-one books of poems, with a predominance of satire in the form of epigrams, five books of essays and eleven of poems translated by authors in Catalan, Latin, French, Portuguese and medieval poetry, among others.

From his 80 years he wrote another book of poetic reflections, “Every day is more night”, an applauded reflection on the unstoppable walk towards death.