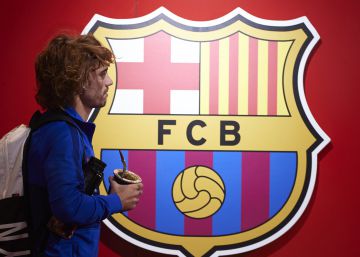 Barcelona and Atlético de Madrid reached an agreement last September for which the Barça club has disbursed 15 million euros for a right of first refusal on the Uruguayan central defender Giménez, midfielder Saúl Ñíguez and several players of the Academy rojiblanca, as advanced The world and confirmed this newspaper. Both clubs tried to unlink the signed pact of the Griezmann case, who signed last summer for the entity culéfor the 120 million euros that appeared in the termination clause of the French player from June 30 and that caused a hard confrontation between two entities that maintained a good relationship.

Atlético warned Barcelona that it had documentation that showed that the agreement with the player was closed in March, when the liberation clause of Antoine Griezmann It still amounted to 200 million euros. Given the refusal of Barcelona to pay more than 120 million euros or to include the Semedo side in the operation, Atlético decided to report the facts to the Spanish Football Federation. On September 27, limited by sports regulations, the Competition Committee imposed a fine on Barcelona of 300 euros, dismissed the closure of the Camp Nou and exonerated Griezmann of any irregularity in his decision to sign for Barcelona.

Atlético even considered taking the matter to the social courts, although he did not dare to take that step. When you disconnect from Griezmann case, the Real Sociedad, which was entitled to 20% of the transfer, will not receive the three million euros that would correspond to the 15 that have joined the operation with this agreement. The conditions for executing the right of first refusal must be that the players express their intention to leave Atlético, that the club wants to sell them and a team is interested in signing them. If so, Barcelona could exercise the aforementioned right of first refusal equalizing the maximum offer.

Real Madrid: Towards a Santiago Bernabu with the public in October

Atlético de Madrid: This will be the next Atlantic market: Caio returns

Arbeloa and Mourinho … Together on the bench?