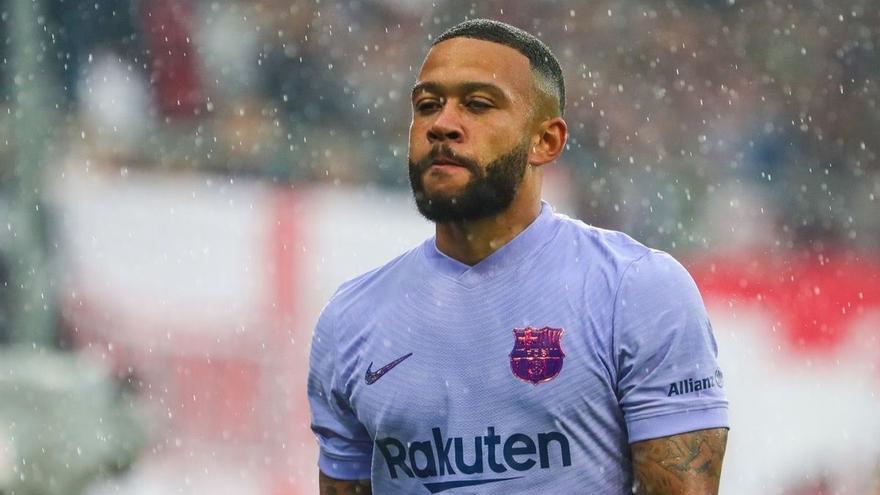 The Barça fitted this Wednesday his first defeat of the preseason against the much more rolled Austrian Red Bull Salzburg (2-1) with a goal on the last play of the game.

The Dutch coach Ronald Koeman surprised at the beginning, under a blanket of water, with the return to his favorite system in the second half of last season, 5-3-2, with his compatriot Frenkie de Jong as the axis of the rear to provide criteria for the exit of the ball.

However, it was Salzburg who dominated possession in the first five minutes, until the Barça footballers joined the drawing.

The first successful exit of the ball, in minute 7, originated a great occasion of the Dutch Memphis Depay to pass of Jordi Alba, and the back corner kick was finished off by the Uruguayan Ronald Araújo near the door.

The double occasion appeased the energy of an aggressive Red Bull Salzburg and increased the dominance of Barça, clinging to Sergio Busquets as a compass with and without the ball, while Memphis Depay and the French Antoine Griezmann dodged the spaces in attack and led the pressure.

The intensity of the Austrian team once again blocked Barcelona, ​​as seen in the 24th minute on a very clear occasion from the locals. Jordi Alba, cornered facing his own goal, wanted to give the ball to the Brazilian goalkeeper Neto, but an attacker cut the pass and left it to the Swiss Noah Okafor so that he failed to empty goal.

The next big chance of the match was in the boots of Depay, who in the 34th minute made a masterful reversal in the vertex of the area and, with little angle, defined by licking the long stick of the German goalkeeper Nico Mantl.

The error in the definition of Memphis Depay it was overshadowed by another blunder by Okafor, who missed again with the goalkeeper beaten in the 37th minute.

Everything marred by the forward forgot at a stroke with a goal from Luka Sucic. The Croatian, just three minutes before the break, impaled a bouncy ball from outside the area and blew up Neto’s net thanks, also, to a small deflection on De Jong’s hip.

The resumption did not change the script and Okafor, after great pressure, including de Jong’s dismissal, missed another very clear chance without actually shooting, because his indecision gave Araújo time to cross in a miraculous way.

As time passed, the Barcelona forwards did not smell the ball and De Jong decided to take a step forward, embedding himself in the center of the field. Meanwhile, Pablo Martón Gavira ‘Gavi’ and Nicolás González ‘Nico’ were unable to impose their law indoors, away from potential recipients.

Koeman waited for game time to make his first substitutions and, along with them, recovered the 4-3-3 aligning the Danish Martin Braithwaite as nine for the first time this preseason.

Another of those who entered was the young Alejandro Balde, who showed his self-confidence in the 68th minute with a whip from 25 meters that the goalkeeper managed to clear at the last moment.

The Barça coach made further modifications in the 70th minute, retiring Gavi, who again left good feelings in a much less favorable match scenario.

Barcelona pressed the accelerator in the last minutes of the game and found the prize in a most fortunate action. The American Sergiño Dest, in the 82nd minute, shot from the edge of the area, his shot bounced off a defender first and on Braithwaite’s hip later, with the fortune that the rejection of the Dane found the door.

After the draw, Salzburg returned to the charge and in 90, in the last play of the game, Aaronson scored the winning goal by taking advantage of a rebound from the post to delirium of the 29,520 spectators that populated the stands.