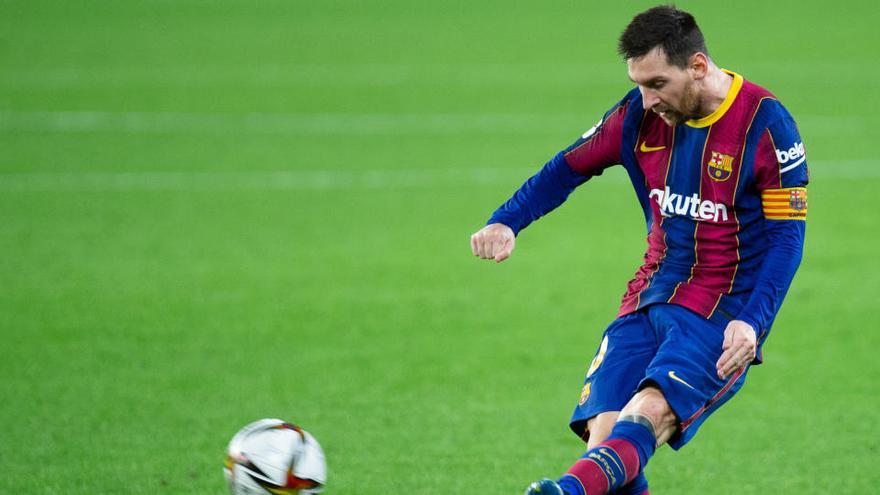 Despite having eliminated Paris Saint Germain the last three times the French team crossed his path in the Champions League, the Barcelona I arrived this time at the appointment without being a favorite, but the great moment of Lionel Messi and the injury of Neymar da Silva, that the first leg is lost, they could have reversed the trend of a round of 16 tie that opens the curtain this Tuesday (9:00 p.m.) at the Barça fiefdom.

And is that this Barça returns to carbure to the rhythm of the Argentine star, which has begun to beat and assist as in his best times. His last exhibition, the 5-1 against Alavés in the last match of League, where Messi attended and also scored twice.

Against the Basque team, the Barcelona coach, the Dutch Ronald Koeman, gave rest to Jordi Alba, Pedri and Dembélé, thinking about PSG. The three will start tomorrow in an eleven where the problems will be on the defensive line again.

The Barcelona coach has injured the Uruguayan central Ronald Araujo and although Gerard Piqué surely enter the call after being three pesos stopped by a knee injury, it does not seem likely that he is in a position to start.

The French Samuel Umtiti’s weak form leaves the also French Clement Lenglet and the squad Oscar Mingueza as the most reliable options to occupy the axis of the rear.

Jordi Alba is irreplaceable on the left side, while for the right back Koeman will have to decide between Sergiño Dest, who has been in and out of the calls for weeks due to muscular problems, and Junior Firpo to play with a different leg.

The rest of the team will be the gala team and with which this Barça has taken cruising speed, with Sergio Busquets, De Jong and Pedri in the center of the field, and Messi leading the offensive along with the French Griezmann and Dembélé. Ansu Fati, Coutinho and Sergi Roberto also remain low.

The objective, take advantage of the scoring inertia of a squad that has already begun to see the door easily and not repeat defensive errors that they are weighing down the team and that before the lethal PSG, and more at home, they would leave the tie uphill.

For its part, Paris Saint-Germain, who does not forget the echoes of their last elimination with the famous 6-1 that culminated in a Barcelona’s historic comeback at the Camp Nou, travels pending the Italian Marco Verratti, considered the soul of the creation of the Parisian game in the absence of the injured Neymar, but who has not played since February 7 due to a physical problem. Everything points to the player, who one day Barça and PSG fought for, will be on the pitch.

Argentine coach Mauricio Pochettino has preserved him for the crucial Champions League match, as well as other top men in midfield, such as Senegalese Gueye, who will likely accompany Leandro Paredes in the middle.

Nor has he taken risks with the Argentine attacker Mauro Icardi, who will occupy the position of 9, flanked by the Spanish Pablo Sarabia or the Italian Moise Kean on the right and by Kylian Mbappé on the left.

The French star has all the lights on him in the absence of Neymar, while the Camp Nou clash should serve to know the psychological impact that the loss of the most expensive footballer in the world will have on team morale.

From Paris they have searched counteract that absence by focusing on those that the rival also has and influencing Messi’s uncertain future, whose possible arrival on the banks of the Seine continues to feed the chronicles.

While the French press ceaselessly influences this hypothesis, the club seems to have accepted the absence of Ney with less drama, which was added to that of Argentina’s Ángel di María, the two players who had completed the best start to the season.

The finalists of the last edition of the Champions League count on finally surpassing a great team in this competition and there is the feeling that this Barça is more accessible than in the past, although from outside everyone appeals to prudence.