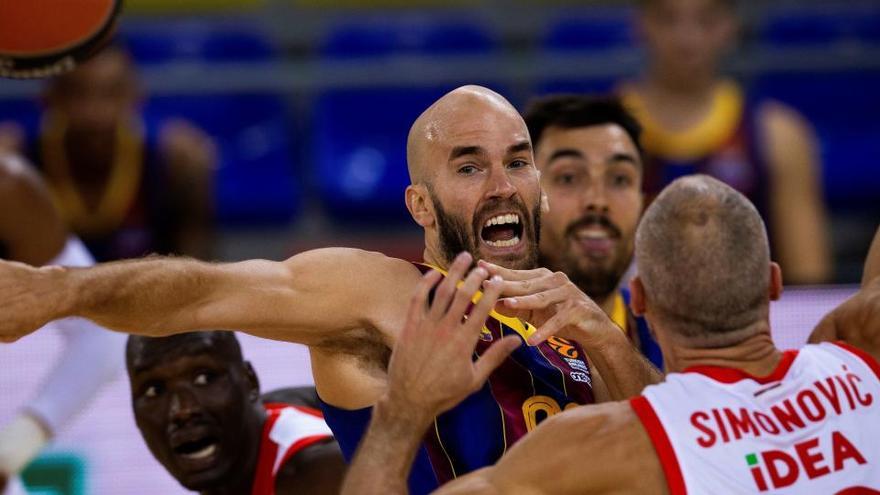 The Barcelona celebrated his 500th game at the Euroleague with an effervescent victory against Red Star (76-65), in which the leader of the competition showed his best version defensive in the first half (39-22) and took a break in the second (37-43).

Nikola Mirotic’s talent (23 points and a PIR of 31) and the great defense over rival star Jordan Loyd, who only scored 2 points, gave the Catalan team the seventh consecutive victory in the top European competition.

The top scorer in the Euroleague, Loyd, arrived at the Palau Blaugrana and the best defense in the competition canceled him out. The American was left without scoring in field shots, closely watched by the Jasikevicius players.

In fact, the first twenty minutes were a defensive monologue by the Catalans. Proof of this were the eleven losses committed by the Serbian team, which in the first quarter only scored six points.

It took the Red Star four minutes to score, while Mirotic, the offensive leader in the first half with eleven points, found the basket with ease. The Spanish-Montenegrin made up for the lack of success of his teammates to leave the 19-6 after the first act.

In the second, Barça kept their concentration behind, although they still did not transform the triples that did enter the games in November.

The claw of Oriola stood out, very attentive closing the rebound, and the clarity of Calathes (8 assists), accurate with his entries to the basket (34-17, min.17), while in the Serbian team he woke up with the triples of Davidovac and Walden.

A triple on Higgins’s horn closed the first twenty minutes with Barcelona dominating the match with comfort (39-22) thanks to the defense.

In the resumption, the Red Star woke up offensively and tied the set (22-22). Perhaps it was because Barça dropped their cruising speed somewhat in defense or because, simply, the visiting team woke up from the perimeter.

Mirotic came out of the locker room with the steamroller version, from the 6.75 meter line and contributing in the area, which placed his team with advantages of more than 20 points (52-30, min.26).

But a partial of 0-9 thanks to the triples of Reath, Rochestie and Drobic, brought the Balkan team closer to twelve points 54-42 (min.28).

He stopped the game ‘Saras’ and his family woke up with Davies and a triple of Hanga to calm the waters before the start of the last quarter (61-44).

In the last period, the Red Star did not disconnect from the match. A partial of 12-7 (63-51, min.33) from the beginning gave some hope to those of Sasa Obradovic, which left Jordan Loyd, offensively denied, benched the entire fourth quarter.

Jasikevicius called a timeout and entered the starting five to avoid surprises. The Barça triumph was never in jeopardy, even when Rochestie converted five consecutive points to put it 69-62 with two minutes to go.

Finally, the Red Star missed key points and prevented the match from adjusting Against an opponent who continues to show that a great defense gives many victories in the Euroleague.

Incidents: Match of the ninth day played without an audience at the Palau Blaugrana.