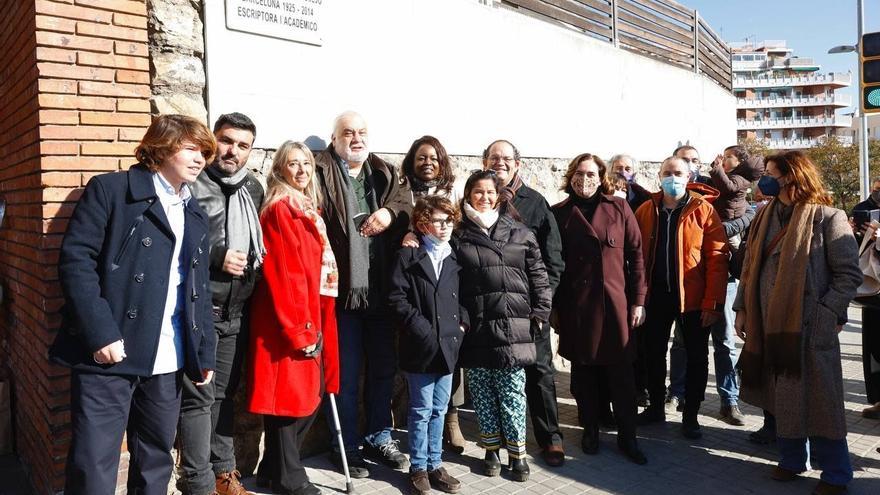 Barcelona City Council has changed the name of the old street Ramiro de Maeztu, which formed "part of the Francoist gazetteer", by the Barcelona writer Ana Maria Matute.

It has been made official in an act this Saturday, which has had the presence of the mayor of the city, Ada Colau, and the councilors Eloi Badia, Rosa Alarcón and Jordi Rabasa, the consistory has informed in a statement.

Colau has defended the importance of feminizing street namess of the Catalan capital and has affirmed that Matute (Barcelona, ​​1925-2014) was an author "profoundly Barcelonan who made the city known to the world".

The new Ana María Matute street is located on the border between the districts of Gracia and Horta-Guinardó and gives visibility to the winner of literary awards such as the Planeta Prize, the Nadal Prize and the National Prize for Spanish Letters, among others.

The change allows the Barcelona gazetteer to continue to be feminized, which traditionally "has prioritized the names of privileged men linked to the Church, the monarchy, the army or the aristocracy, and who has avoided the role of popular or female characters".