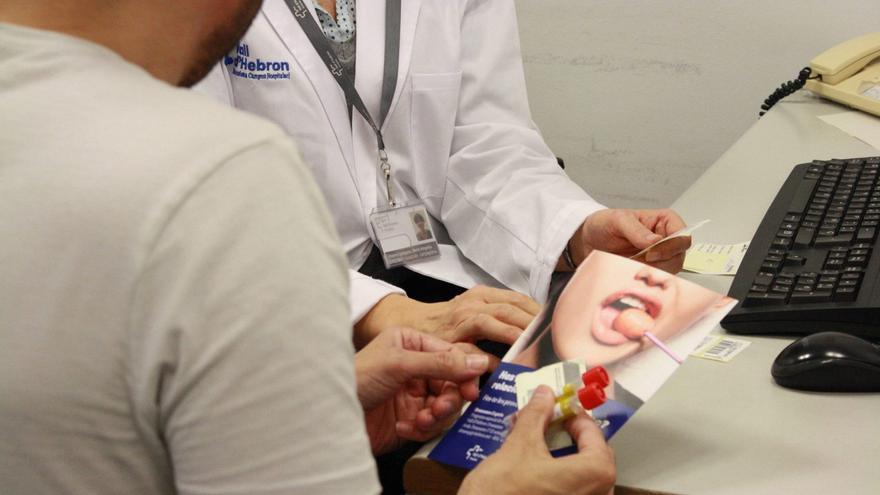 The Barcelona City Council has asked the Health Department to reopen the center against sexually transmitted infections and tuberculosis in the Raval closed due to the second wave. The professionals of this service were transferred to the Vall d’Hebron Hospital, on which they depend, to reinforce the fight against COVID-19, despite complaints from groups such as the LGTBI and some experts in public health.

The pressure has increased this week when the Crida LGTBI and Atzagaia entities convened a protest in front of the closed building, on Sant Oleguer street, to demand its reopening and attention to “public, universal and stigma-free” sexual health. To this the council has added this Thursday, which has been labeled as “very worrying” that the unit is still closed.

“We have repeatedly requested and through different channels its immediate reopening to the Department of Health,” say municipal sources. “The suspension of these services may lead to an increase in the delay in diagnosing these infectious diseases and an increase in cases that can be seen in the long term,” they abound.

The unit, officially called the Drassanes Center for International Health and Communicable Diseases, is a reference service and a pioneer in sexually transmitted infections (STIs), tuberculosis and community health. Among its most prominent programs is the rapid and anonymous detection of HIV and other sexually transmitted diseases. Nor is its location in the Raval, where an important part of potential users at risk is found.

Since it was closed on October 26 and its fifty professionals were transferred to the Vall d’Hebron Hospital, from this hospital they have defended that it was adequate to face the second wave, and that the same service was maintained anyway , now from there. However, professionals, experts and affected groups denounced that not only the activity had been significantly reduced, but that it was moving away from the area, the Raval, where it is more effective.