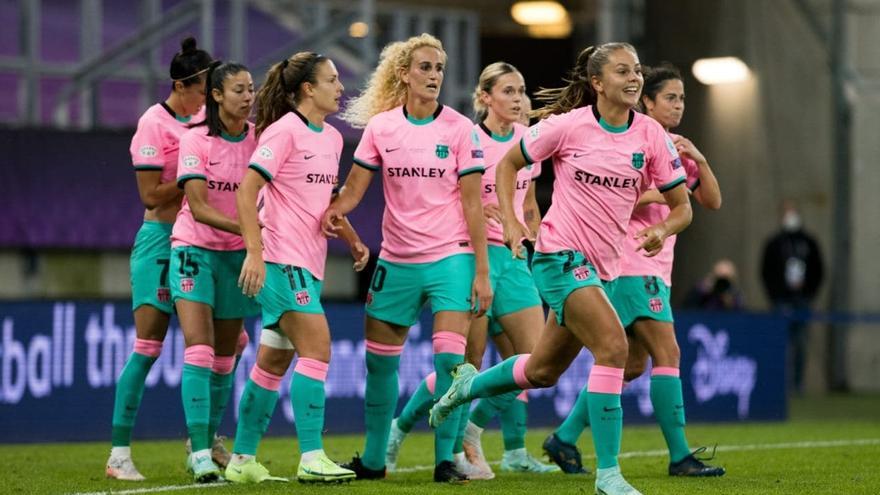 The Barça Women He was proclaimed champion of Europe by beating Chelsea (0-4) in the final of the Champions League played at the Gamla Ullevi in ​​Gothenburg (Sweden), an exhibition of the culé team to command at the continental level with their own style and a lot of quality.

Those of Lluís Cortés They raised the first Champions of Spanish women’s football with an own goal by Melanie Leupolz, in the first minute, and those that followed by Alexia Putellas, Aitana and Hansen in a first half of pure luxury at Barça.

The Barcelona team, recent league champion, confirmed to be another good different from the one that reached its first final in 2019, lost to the giant Lyon. Now, the great is Barça or at least it will have that vitola not only for winning but for how it does it, also leaving PSG and Manchester City on the road.

The historic final came out to order, with the 0-1 at half a minute. Martens’ first career was a ball to the crossbar and on the second play came the bad local clearance, with an own goal. Harder had it clear for 1-1 but the goal was a culé thing.

With the pressure up and a vertical and fast game in the pass, the Barça continued arriving with a lot of danger. Putellas converted a penalty on Hermoso and Aitana made it 0-3 after a great choral play. Another action by Martens was Hansen’s 0-4.

A Champions final reduced to processing in its second half, with the quality of a Barça that plays like a well-oiled machine. Lluís Cortés’s men handled the situation in the second half, with longer holdings and a solid fold.

The Spanish team was also better to defend themselves than the English. In addition, a loss ‘blue’ supposed the serious threat to the against of the rival, closer even the 0-5 that the emotion of Chelsea. Emma Hayes’s lost faith slowly.

The effort of the Londoners was well contained by Barça, while Oshoala he had the sentence against him. The attack of a Chelsea, debutant in this final, demanded with the ball at the opponent’s feet and with the marker slab was not hit or hardly any occasions.

After five titles in a row Olympique Lyon, Barça is crowned European champion, leaving behind that final lost in Budapest. An ascending path, to the top, with Cortés at the controls of the best team in Spain and now also in Europe.