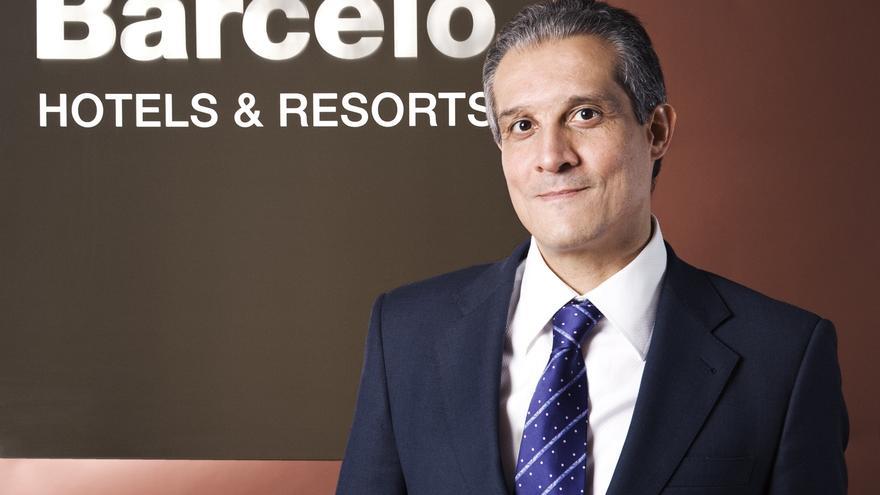 The Barceló group presented its 2020 results on Tuesday. The hotel company received 946 million euros, 60% less than in 2019, and recorded 137 million euros in losses. “They are the worst results in history,” said Raúl González, the group’s CEO for EMEA. “The first two months were of growth. And now we are in a really critical situation, much worse than we anticipated a few months ago.” By region, “Europe is experiencing declines in RevPAR [la métrica que usa el sector para medir la rentabilidad de cada habitación] 78%, while in the United States the drop is 53%. It is the country with the best evolution because the domestic market is stronger and there are fewer restrictions on mobility. The Caribbean and Central America are suffering a lot, while Dubai is where we register the highest occupation.

González has ruled out the possibility of collective dismissal or ERE, as the NH group will do. This hotel company – owned by the Thai group Minor – announced a few days ago that it will lay off hundreds of employees from its central services and reservation center, who were in an ERTE for productive causes, unlike hotel employees, in ERTE for COVID causes. The NH movement worries the unions because, despite being legal, it has used public resources (ERTE and an ICO loan) to cope with the pandemic hit. And if your hand is raised, other hoteliers could follow.

“What we agreed with the unions was an ERTE of force majeure. The company tries to help the entire team to cope with the situation,” said the CEO of Barceló. “At the moment we are like this and no ERE is planned.”

Barceló had set itself the target for 2020 to achieve a gross operating profit (EBITDA) of more than 400 million euros and earn more than 200 million. But the coronavirus truncated their plans. The hotel company indicates that the year has ended with a little more debt, but that its balance situation is “solid” and that it has obtained liquidity through credit lines. González believes that the recovery in demand will begin at the end of the summer and that the income of 2019 (a record year for tourism) will not return until 2024. “We have had a horrible 2020. 2021 starts just as horrible. The 2019 figures are not. we will have until 2024. Occupancy will recover, but rates and average prices must also be recovered, “he said.

Despite experiencing the worst year in its history, Barceló continues to expand its portfolio. In 2020 it incorporated seven new hotels (six in Spain and one in Turkey) and plans to open thirteen more in 2021 (five in Spain, in Alicante, Cádiz and Malaga) and eight in the rest of the world (Dubai, Portugal, Sri Lanka and Maldives ). The company has also reported that its alliance with Betterwood continues to enter China with a franchise model.

“During the crisis, there have been some doomsayers who said that tourism would not be the same. I think it will come out stronger,” González concluded. “All the analysis we have tells us that people really want to travel when they can. There will be a stagnant demand. In developed economies, people want more experiences than physical things.”