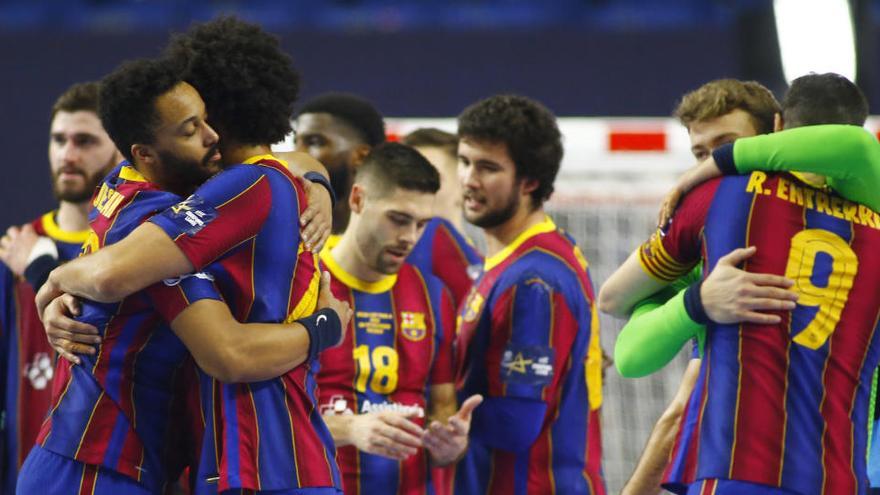 Barca has qualified for the final of the Champions League 2019-2020 to defeat Paris Saint Germain 37-32 in the first semifinal of the Final Four that began this Monday at the Lanxess Arena in the German city of Cologne.

In this way, those of Xavi Pascual will fight for their tenth continental scepter. His rival will come out of the second semi-final, which will face German Kiel against Hungarian Veszprem on Monday.

He Barca block has been devastating in attack, especially Dika Mem (8 goals) and Aron Palmarsson (6), who were key along with the twelve saves of the Danish goalkeeper Kevin Möller. Opposite, despite the good performance of Vincent Gerard (13 stops) and the goals of Dylan Nahí (9) and Mikkel Hansen (7, 5 penalties), Parisians couldn’t keep up of the Catalans.

The great Barcelona novelty has been the presence in the call of the Icelandic central defender Aron Palmarsson, hesitates until the last minute due to the injury to the patellar tendon in his left knee suffered in the last Asobal league match at the Bidasoa court. For Palmarsson this Final Four is very special because he will be the only player who has played it for the ninth time after having previously done so with Kiel, with whom he was champion in 2010 and 2012, and Veszprém.

On the French side, the last minute loss due to COVID-19 of the Dutch central Luc Steins, replaced by injury of Nikola Karabatic, and the Danish pivot Henrik Toft Hansen has further aggravated the problems of Raúl González on your computer.

The Barça started something cold because Paris Saint Germain, with Nedim Remiló as central emergency and the ‘cannon shots’ of Latvian Dainis Kristopan, went ahead on the scoreboard (4-7, m.8). But the Barça defense focused, Pascual changed Gonzalo Pérez de Vargas for Danish Kevin Möller in goal and with Dika Mem (6 goals in the first half) and the Slovenian Blaz Janc, they tied the contest (10-10, m. 17).

From there and with six Möller stops from minute 19 to 28, Paris fell apart because Barça increased the pace and with a 5-0 run, he opened a clear gap (16-11, m.26). Only isolated actions by Mikkel Hansen managed to stop the bleeding at halftime (18-14).

Although Raúl González tried high defenses with Kristopans, Syprzak and Hati in the center or ‘5-1’ with Viran Morros advanced, even placing Hansen by Remilí as central, he could not avoid the Barça effectiveness.

At the start of the second half, two consecutive penalties saved by Gerard to Áleix Gómez (m.32 and 33) and the meeting accelerated. PSG attacked with seven without a goalkeeper and Möller, from goal to goal, gave Barça’s first maximum advantage (23-17, min. 38). The French response came with a 0-3 through the young winger Dylan Nahi, on the backlash (24-21, m.41).

The Barça returned to open gap (26-21), through Timothey N’Guessan, but Nahí, with his sixth goal, cut differences again (27-24, m.45) and Xavi Pascual asked for time-out. Raúl González kept the ‘seven’ in attack without a goalkeeper and two goals from Aitor Ariño on the counterattack and without a goalkeeper extended the maximum Catalan advantage (33-26, m.52).

Incidents: Match corresponding to the first semifinal of the Final Four of the 2019-2020 Champions League, played at the Lanxess Arena in Cologne, without an audience.

At the last minute, the initially appointed arbitration couple, the Swedes Mirza Kurtagic and Matthias Wetterwik, had to be replaced because of a positive for COVID-19. They were relieved by the Croats Gubica and Milosevic.

Clippers get revenge on Grizzlies in Memphis