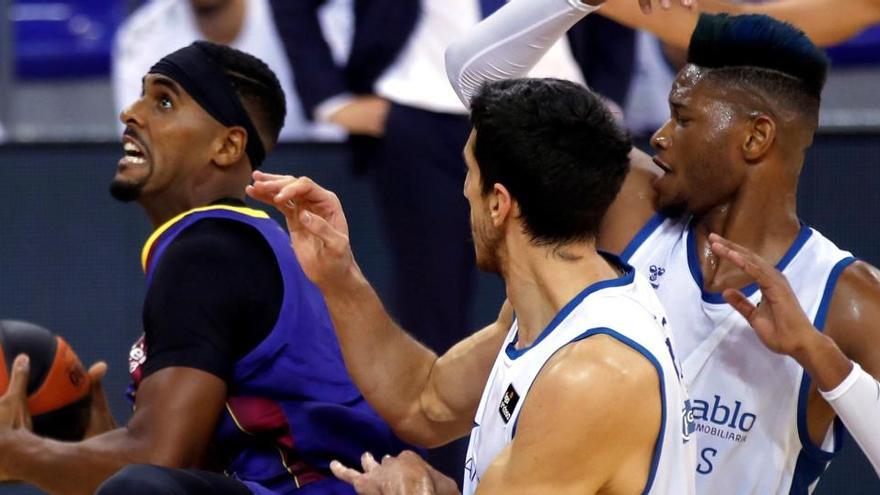 He Sarunas Jasikevicius’s Barça premiered at Endesa League with a suffered victory (89-86), in a very balanced game, decided in a disputed final that earned the Hereda coach the disqualifying San Pablo Burgos, Joan Peñarroya.

With 87-86 and the ball for the Castilians with 5.9 seconds to go, the Peñarroya team played to secure a basket, but Jasiel Rivero was sanctioned with an attack foul in a block on Alex Abrines that was the protest of the coach.

He Mallorcan forward transformed the two free throws and secured the victory of the Catalans in a match played from power to power, in which San Pablo dominated in the first two quarters, Barça seemed to have won it in the third and in the end it was a coin in the air.

Joan Peñarroya’s team left with the consistency that led him to a semifinalist last season in the Endesa League. His fluid basketball and his level defense put Barça in many problems, which did not hit the key.

The first advantages were for the Burgos, who quickly escaped on the scoreboard (2-9) and perfectly took advantage of the errors in the launch of the premises and the continuous losses of the ball.

The maximum difference in the first quarter reached ten points for Burgos (11-21, min. 8), but a partial 7-2 by the Catalans left the score at 18-23, a minor evil after presenting a bad statistic of shots of two (2/12), solved in part with the success in triples (3/4) and the dominance of the rebound.

Jasikevicius put up a smaller quintet, and therefore more defensiveIn the second period (Heurtel, Abrines, Hanga, Smits, Oriola) and with a partial 6-0 (three baskets by Oriola) he took the lead for the first time (24-23).

But San Pablo went to his thing. Benite wore, some action of the Cuban Jasiel Rivero, but above all a basketball that allowed him baskets under the hoop before the desperation of the Lithuanian coach of Barça.

Peñarroya’s team escaped again (26-33), but between Oriola, Abrines’s triples and Mirotic’s baskets, the Catalans gradually cut back on the scoreboard.

Despite giving way back, Barça solved with the dominance of the rebound (23-12), he minimized his losses (2 in this quarter by 9 in the first), and he was also right on the triple pitch. Precisely two triples from Abrines turned the scoreboard and allowed Barça to go with an advantage at halftime (45-44).

In the third quarter, Jasikevicius’s men played their best basketball. With a very fluid game and a balance between attack and defense they took off until 71-59, at 1:48 by the end of the period.

When Barça had the game in their pocket again (86-81), Burgos was resurrected. A technique to Jasikevicius put Peñarroya’s men on an equal footing (86-86), Hanga then scored one of the free throws at 5.9 for the conclusion and at the end, the controversial play, the disqualifying one to Peñarroya and the two free throws from Abrines to close the game.