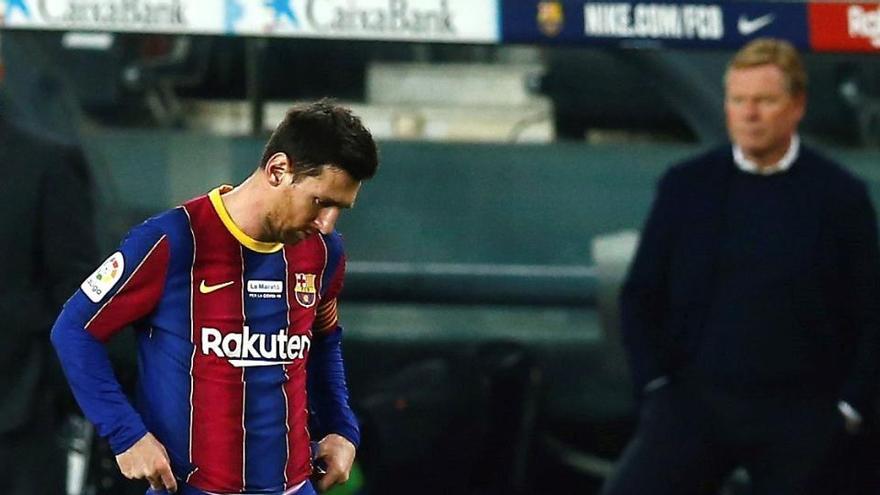 Valladolid, in relegation places, awaits the visit of Barcelona, what do you need change the dynamics which has made him the second worst visitor to The league and achieve a victory that has resisted him since October 1 in Balaídos.

After their respective draws with Sevilla (1-1) and Valencia (2-2), pucelanos and culés will face each other for a result that let the first out of the red zone and in the second to shorten the distance with the leadership, widened to eight points after the stumble two days ago at the Camp Nou.

In the premises the Joaquin's return to the center of defense It will be one of the changes in the eleven of Sergio González, who will be able to count on Javi Sánchez and have Guardiola drop, after a bad feeling in the hamstring in the match against Sevilla.

The coach will also not have Saidy Janko who is still out, but in his position, a priori, Hervías will come out again, since the coach praised the player's performance, turned right back "to give a solution to the problem in that position."

Gónzalez has advanced that "there will be variations" with respect to the team that jumped to Sánchez Pizjuán, since "both Sevilla and Barcelona are two rivals that require a high effort in the tilts and transitions" and "it will be good to do rotations and give minutes to those who have had less."

Aware that Barça can "you can change the chip at any time", Sergio is committed to "playing with daring and impudence in attack and to continue improving in defense to leave a clean sheet" against an opponent who "cannot lose any more points."

Barcelona needs a victory not to get off the hook and find a regularity that resists him after failing again when he seemed to have everything on his face.

The momentum that produced last week's victory against the Real society (2-1) was diluted by the draw with Valencia, which deprived him of link three wins in a row and keep track of Atlético and the Real Madrid.

On your visit to Valladolid, The culés are also faced with the challenge of winning again away from home in LaLiga after more than two and a half months of drought, after doing it for the last time on October 1 against Celta de Vigo (0-3) in Balaídos.

Barcelona coach Ronald Koeman hopes to reverse this situation without the need to make many changes in the eleven. It is expected to continue in the central couple to Óscar Mingueza and Ronald Araújo, who scored a goal against Valencia.

In the core, the young midfielder Pedri González will accompany Sergio Busquets and Frenkie de Jong although, if Koeman decided to do rotations, I could exchange any of these three pieces for the Bosnian Miralem Pjanic.

In attack, Philippe Coutinho points to substitute. Martin Braithwaite could accompany the fixed players again Griezmann and Messi, that in front of Valencia equaled Pelé's record of 643 goals achieved in the same team.

The key: Check if Barcelona is able to meet again with the three points to start, finally, a regular dynamic of victories that brings it closer to the leadership.

The data: Barcelona have not won away from the Camp Nou for more than two and a half months, on October 1 during their visit to Balaídos against Celta de Vigo (0-3).

The phrase: Sergio González: "I am sure that Real Valladolid will have options, because against the greats they have always shown their face and in the last visits of Barça, the score has been very tight."

The environment: The acceleration of Ousmane Dembélé in the recovery of his injury in the hamstrings of the right leg give a reason for optimism to Barcelona.