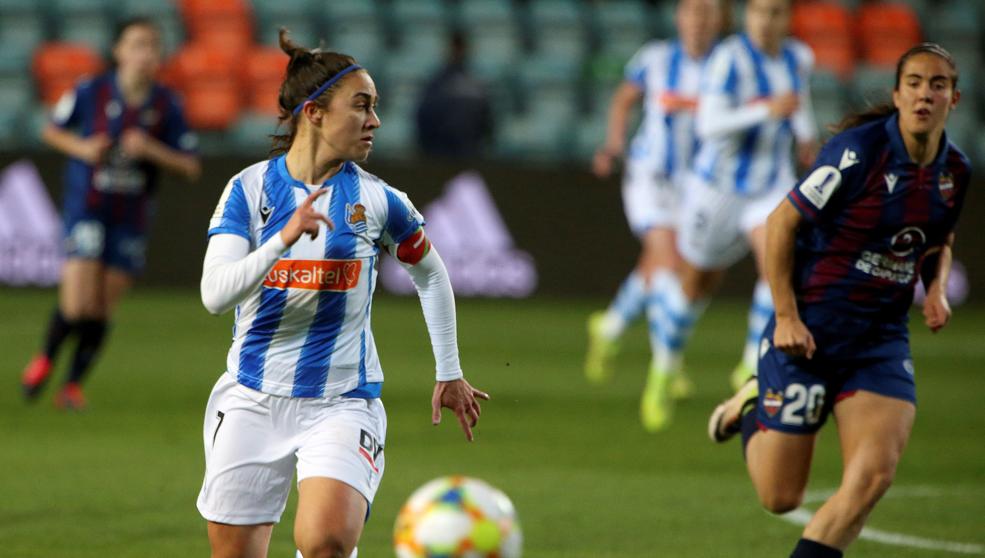 The twenty-first day of the 2019-20 Iberdrola League starts on Saturday with the four-game dispute and continues on Sunday with four other matches.

Deportivo will try to overcome the flight and recover the path of victory before a needy Sporting de Huelva. Those of Manu Sánchez have added a point of the last six disputed. They lost in Vallecas after advancing on the scoreboard and could not pass the draw in the late game against Real Sociedad. In that encounter, the Alba Merino collarbone was broken, one of the fixed ones in the local technician’s scheme.

Sporting de Huelva, meanwhile, conceded seven goals in his visit to Johan Cruyff. A hard result, no doubt, but in a match that was not of the league of the Huelva. So neither is expected to take an invoice in the mood.

In the first round match, the Galicians won 0-1.

The visit of FC Barcelona has become a claim for goals and good football. That’s what Las Gaunas fans expect. Winning those of Lluís Cortés is undoubtedly a challenge, but there are few expectations that rivals have of achieving it. EDF Logroño is not being characterized, moreover, for easily solving home matches.

The visiting coach has left María León, Graham, Carla, Pina and Gemma Font at home. Melanie and Falcón have not traveled to Logroño, but in this case due to injury. The novelty in the Catalan expedition is the return of Leila Ouahabi.

Real Betis, for the first time in a long time, jumps to the field to play outside the relegation positions. Pier’s arrival on the Betic bench has been able to get the team to step forward. In spite of the difficulties posed by the visit of the four classified of the League, the locals cannot afford to miss points on which their salvation may depend at the end of the season.

On the other hand, the Bilbao arrived at a good moment of play and with high morale after their victory by 2 to 1 in the Basque derby played last Sunday in Lezama.

The RCD Espanyol is not resigned to its probable descent and will jump to the field of the Dani Jarque Sports City with the idea that this will be the match in which, finally, they will add the three points.

On the opposite side is Sevilla, which also needs the points to put earth in between with the descent. Cristian Toro’s are convinced that they cannot escape victory against a team that does not know what it is to win and has only added 4 points.

All the alarms in the San Sebastian club have been raised due to the relapse of Nahikari García. The right ankle of the scorer of Real made him leave the game against Deportivo shortly before the break. The memory of the two months that the front was spent on the dry dock in the first leg of the season has once again flown over the club ‘txuri-urdin’. However, the player is not ruled out, However, it is unlikely that Gonzalo Arconada will risk Nahikari’s injury getting worse.

The Tenerifens, meanwhile, arrive at a good time. Francis Díaz, the third coach of the season for the Canary Islands, has managed to get the best out of the squad and recover strikers Martín-Prieto and Mari Jose for the cause. With a good mattress of points on the descent, the Canary Islands do not have great urgencies in this game and that makes them especially dangerous.

The Levante hopes to lift his head and get out of the crisis that has appealed to him from the Copa de la Reina and did not allow him to overcome the semifinal round in the Super Cup. Last week he lost the match against Atlético 4-1. A victory of the Valencians would have earned them to reach second place, the only objective that remains for María Pry’s.

The CD Heel is not, at the moment, the weak team of the first leg of the season. The Madrid club has taken the measure to the category and the quality of its players is offering a very different version of the team that trains David Aznar. The fact that can give an additional advantage to the premises is that the visitors play match of the quarterfinals of the Copa de la Reina next Wednesday.

One more of the 12 Madrid derbies, six in the first round and many others in the second, who are delegated to the Iberdrola League. Visitors are favorites. Even more after the exhibition they gave last week against Levante with second place at stake.

The Madrid CFF cannot relax either. Despite the improvement recorded in the second round, the locals have not managed to distance themselves from the decline and a defeat would complicate the immediate future again.

Valencia plays a final against Rayo Vallecano. The first of the ten that remain for the end of the championship. The match played last week at the Alfredo Di Stéfano stadium against CD Tacón, the first of José López Bargés on the bench, showed an improvement in the team’s performance. An initiated, without a doubt, promising that allowed the Valencians to add a point.

On the other hand, the Lightning continues with its good march in the League of the hand of a sensational Oriana Altuve. The Venezuelan player could not finish the last game against Deportivo Abanca. However, the presence of the scorer is assured in Valencia.

Betis: The figures of the wage cut agreement at Betis

Valencia CF: Valencia and Betis do not forget Ceballos