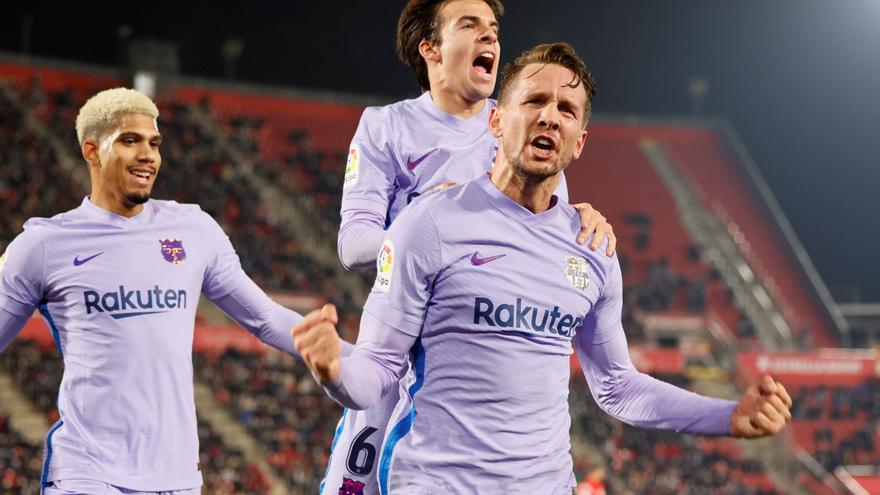 The Barça The defense of the Copa del Rey title starts on his visit to Linares Deportivo, in a round of 32 duel to a single match in which the Andalusians, of the First RFEF, They trust to surprise and have the best watch of Kings before a 'King of Cups' who knows that he is at the beginning of a great sporting challenge.

The blaugranas are in sports improvement and, despite being in the picture due to the many casualties between injured and positive for coronavirus, are still favorites in this start of the reconquest of the cupper that passes, in its first step, through the Municipal de Linarejos.

This time There will not be too many rotations at Barça despite facing a First RFEF -the third category of Spanish football- because Xavi Hernández does not have much choice. For lack of knowing if Dani alves It could be registered and debut at the official level, the final number of infected also dances.

It is known, confirmed by the Blaugrana coach himself, that Ansu Fati and Pedri they are not yet recovered from their injuries, and that the newcomer Ferran Torres - one of the positives - still cannot be registered, because for this the club will have to release a player with whom it does not have.

Many unknowns outside the green but, on the pitch, they will have to go all out against a Linares Deportivo who flirts with the decline in the table, who lost at home to Barça B but who, in the Cup and with the enthusiasm shared with some 10,000 fans, hopes to give the biggest bell after the entrance to 2022 days ago.

In addition, the new signing of Linares Deportivo could debut, confirmed this Tuesday; a Marc Caballé with a 'parakeet' past and who arrives free after leaving Sanluqueño. But, even if he does not play, at Linares Deportivo there are all those available ready to seek the feat.

They already did something similar on December 14 when they eliminated Deportivo Alavés (2-1), another Primera that they reported. Xavi himself highlighted Linares' style of play, an organized team that will seek to remain faithful to its style of play despite facing the team with the most King's Cups in the history of the competition.

Of course, Barça arrives with casualties. Many. But it also comes after beating RCD Mallorca (0-1) thanks to a goal from Luuk De Jong who, as long as he does not leave the team, can become the striker in the absence of the injured Ansu Fati or Memphis and waiting for Ferran Torres.

With two wins and two draws in the last four official duels, this Barça is improving. According to the president, Joan Laporta, they have "returned" to where they were not so long ago, with weight in the European market. Perhaps they are still on that path towards the elite, and the truth is that in LaLiga Santander they are coming back.

In this Copa del Rey they have many hopes of achieving a title in this season that is being transitional, and in which Xavi Hernández wants to lay the foundations of the team that will be more his from the following season. But with the Super Cup just around the corner, this Copa del Rey is a clear objective. Revalidating it would be a great achievement with this rebuilding team suffering from various plagues of injuries.