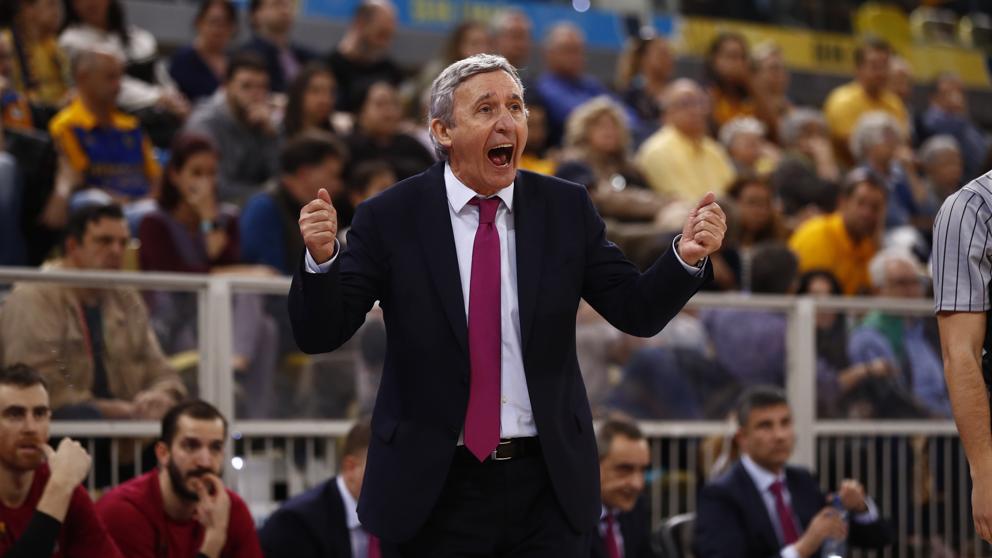 To the Barça his pulse did not tremble to say goodbye to Ernesto Valverde even though the team was the leader of the Santander League and was rated for eighths of the Champions as first of group. Therefore, after the little brother of basketball fell against the forecast against Valencia at the first change in the Copa del Rey, all eyes pointed to a bench that, everything is said, he didn’t have his best day on Thursday at Martin Carpena
. “Pesic is not Valverde”, underline from the club. True. The Serbian coach is an idol in the Palau, where he is cheered with passion every time he steps on the parquet. But his figure was very touched after the defeat.


There are no designated

In the Barça they assume the defeat with “maximum peace of mind” and attributed to the worst game of his “last ten or twelve.” There’s no more. The Valencia It was better and you have to try to turn the page. But the long faces of Barça players yesterday showed that the Cup was not another defeat. It was a very hard blow, increased by the high expectations generated with the signings of last summer, especially that of Mirotic. “The players were very touched,” confirms a person who usually travels with the team. In fact, the return trip undertaken by the Barça expedition yesterday early in the morning was one of those that leave their mark, with the crestfallen players and the pensive coaching staff. Each on their own, trying to digest what happened in Malaga. “I will see chapters of Narcos all night, ”he confessed Delaney, prisoner of insomnia.

The ambitious commitment made from the noble zone of Palau At the beginning of the year he suffered a severe setback in the Cup but remains firm. The defeat against Valencia has not generated cracks and confidence in players and coaches is “total and absolute”, according to sources from the club. No decision will be made in this regard and nobody wants to talk about a crisis, just a defeat at the worst time, in a tournament in which each match is a final.


Barça have no commitment on their agenda until next Friday, when they visit Panathinaikos at OAKA in a new Euroleague match, so everything indicates that Pesic will grant a couple of days off to his squad. For today it is only planned that the injured work. The idea is to air the mind and try to forget what happened before Valencia. Despite the defeat, the situation of the Catalans remains enviable, leaders of the Endesa League and third parties in the Euroleague. Reach the final four Cologne is the main objective of Barça this season above all others and will be what will really mark the future of the team. Therefore, mentally recovering players is now the main concern that exists in the club.

On a sporting level, the blackouts that the team periodically suffers during the matches top the list of problems to be solved. Before Valencia, Barça conceded a partial 0-20 and another 0-14 in the same match. “It is worrisome,” admits in the Barca offices, from where it is not individualized. All were wrong, players and technicians.


The lack of regularity in the game, one of the factors that causes these disconnections, is another problem that Pesic must attack. To achieve this, we rely on the recovery of the bases, whose lesions are ballasting the Barça team since before even the course began. The planning was done with Kevin Pangos and Thomas Heurtel as the two game creators but neither of them started the season. The Canadian, in fact, has not even debuted and the Frenchman has barely played three games before getting injured again. The hole is giant and the team’s game suffers, however much Delaney brings her magic and Hanga plays Mortadelo and puts out fires from all positions. That Heurtel can rejoin the team’s routine is one of the news that he sighs most in the Palau.

With the intact support of the club, Pesic must use all his experience to get Barça out of the butt cupper. A calendar that does not allow or breathe and a unique template should help you. Another mistake could be definitive.