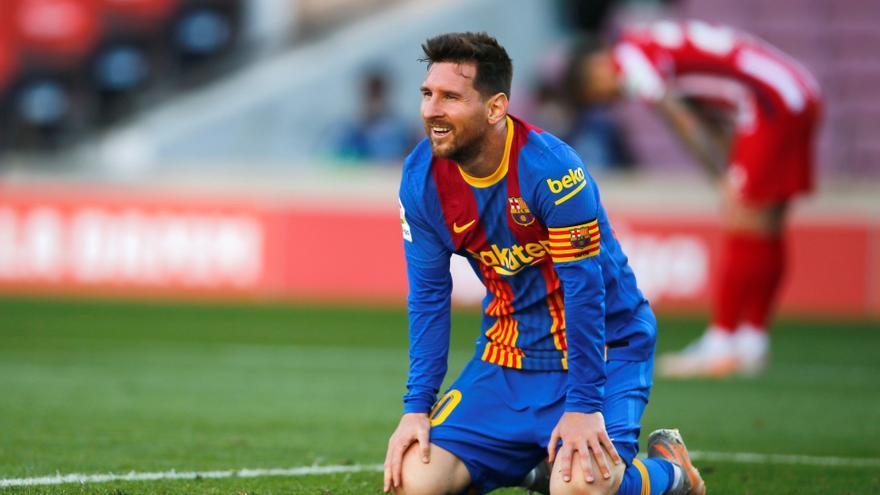 Barcelona visit Levante with the obligation to win to put pressure on their rivals for the La Liga title, while the local team is enough one point to mathematically certify the permanence in First division.

The team led by Ronald Koeman comes to this match with the bitter aftertaste that on the last day left the draw at the Camp Nou against Atlético de Madrid (0-0). A large part of Barça’s options to win LaLiga went through achieving a victory against the rojiblancos and waiting for a stumble from Real Madrid against Sevilla, which finally occurred (2-2).

However, the draw against Atlético leaves the Barcelona team without depending on itself, at the expense of the two Madrid teams playing in the remaining three days. Of course, to have any chance, it is essential that Koeman’s men add three at a time until the end of the season.

Before the Levante, the azulgranas risk survival. All this, with the doubt of midfielder Sergio Busquets, who had to be substituted against Atlético after receiving a header in the face of the rojiblanco Stefan Savic.

According to the last medical report of Barça, Busquets “progresses favorably” from an upper maxillary fissure that he suffered after the blow. If the Badia del Vallés midfielder does not arrive on time, his position in the eleven could be filled by Ilaix Moriba, his replacement in the duel against Atlético, or Sergi Roberto, along with the usual Frenkie de Jong and Pedri González.

For his part, coach Ronald Koeman will return to the bench after serving two games of sanction for saying “what a character” to the fourth referee of Barcelona-Granada (1-2). The most probable thing is that against Levante the Dutchman will repeat the 3-5-2 system, with three central centers and two lanes, consolidated for many days.

The Uruguayan Ronald Araujo, who entered the second half against Atlético, could take the title away from Óscar Mingueza and thus form the rear along with Gerard Piqué and Clement Lenglet, accompanied by Sergiño Dest and Jordi Alba on the lanes.

Up front, the novelty could be the entry of Ousmane Dembélé by Antoine Griezmann as a partner of the indisputable Leo Messi. The attackers Ansu Fati and Philippe Coutinho are still out, both with long-term injuries.

Levante, meanwhile, broke a streak of four defeats in a row with a draw against Alavés (2-2) in a game in which, according to his coach, Paco López, he recovered his best feelings.

The players Nemanja Radoja and Nikola Vukcevic are still injured in principle and the great novelty in the call could be the presence of José Campaña, who received a medical discharge last week and has not played since November 2020.

In addition, center-back Sergio Postigo suffered a sprained left ankle last Saturday in Vitoria and could be out of action for this match.

Paco López explained after the game against Alavés that Jorge Miramón had finished very tired, so he could leave his place in the team to Coke or Son, while the coach did not want to reveal in his last appearances who will be the goalkeeper.

Footballers like Bardhi, Vezo or Roger, who were substitutes on the last day, could enter the starting eleven to give rest to some teammates. In addition, the young Álex Cantero, after two games in a row in the eleven, could start the clash on the bench.

The key: Levante need a point to save themselves mathematically against a Barcelona that can no longer fail in the three remaining games if they want to win LaLiga.

The key: The possible absence of Busquets in the eleven, could suppose a setback for Barcelona.

The data: Two wins for Levante in Barcelona’s last three visits to the City of Valencia.

The data: Against Atlético, Pedri reached the 50 games played with Barcelona with only 18 years and 5 months. He is the second youngest player in Barça history to do so.

The phrase: Paco López: “Barça is far superior to everyone in the First Division”.

The environment: Levante’s penultimate match at their stadium, where they have not won since last March 12 in the derby against Valencia. Koeman will return to the bench after serving two games of suspension.

Luis Rubiales, acquitted of a crime of assault