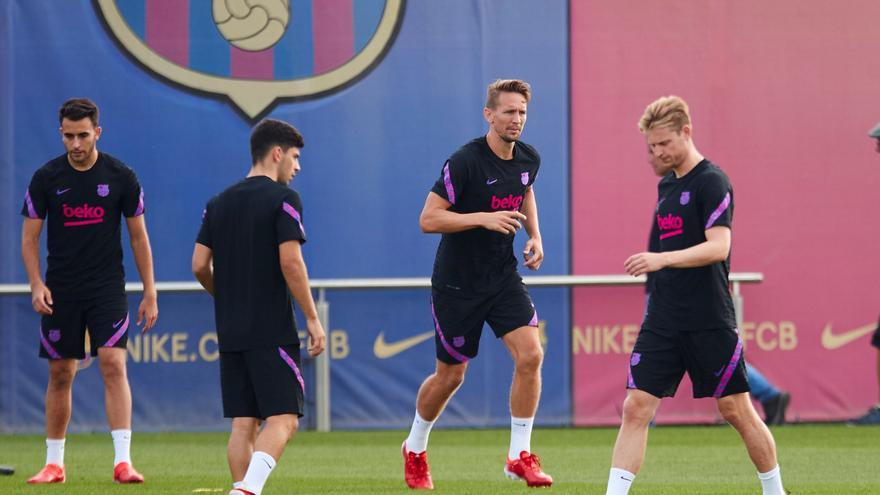 The Barcelona will inaugurate its participation in the Champions League as if you were undergoing therapy with a cognitive behavioral psychologist, since the rival who will visit the Camp Nou this Tuesday at 9:00 p.m. will be the Bayern Munich, which just over a year ago endorsed a humiliating 2-8 in the quarterfinals of the competition.

According to experts in mind, experiential avoidance is a critical factor in the development and maintenance of post-traumatic stress disorder. Thus, the best therapy in these cases, especially to overcome the anxiety it entails, is considered to be exposure, which roughly consists of facing the feared stimulus.

The set of Ronald Koeman will live this experience exactly 13 months after the trauma originated, enough time to have accumulated others as traumatizing or more, such as the departure of Leo Messi, a serious economic situation and a motion of censure.

Of the eleven headline who lived through the Lisbon nightmare, only four players are no longer part of the Barça ship: Messi himself, Luis Suárez, Arturo Vidal and Nelson Semedo. On the other hand, the author of two of Bayern’s eight goals, Philippe Coutinho, could return to step on a pitch as a Barça player in an official match for the first time since December after a serious injury to his left knee.

Who will also recover Ronald Koeman for the cause will be Gerard Piqué in the axis of defense. On the other hand, with the departure of Emerson Royal to Tottenham Hotspur and the doubt of Sergiño Dest (he has a sprained right ankle and did not train on Monday) the coach will surely have to improvise on the right side.

Óscar Mingueza and Sergi Roberto, recovered from a rib fissure, are the options. But Koeman could also return to a game system he already put into practice last season, 3-5-2. In that case, the one from Reus would have more options to be a lane driver than the one from Santa Perpètua de Mogoda. The call will be given on Tuesday morning.

The lead will be the other line that will undergo important changes. Regarding the last match played by Barça, the 2-1 win against Getafe, the Catalan team has lost Antoine Griezmann and has joined the Dutch Luuk de Jong.

With Ansu Fati, Ousmane Dembélé, Sergio ‘Kun’ Agüero and Martin Braithwaite (His left knee injury could leave him off the pitch for between three and four months) recovering from their respective injuries, the former Sevilla player aims to start in a system that would only have two forwards.

For its part, Bayern come to the duel against Barcelona after liquidating their last two games with thrashes, 5-0 against Hertha and 1-4 against RB Leipzig, although he has not yet reached his best version, as recognized by coach Julian Nagelsmann.

Nagelsmann said that against Leipzig his team was only really good in the first minutes of the second half, when he scored the second and third goals, while in other phases of the game he lost a lot of balls unnecessarily and did not take advantage of the spaces that the rival gave him. offered.

In that game they were replaced Robert Lewandowski, with abductor problems, and Serge Gnabry, with a back problem. However, Lewandowski has trained this Monday with the group and, except for surprise, will be in the starting lineup.

Gnabry, on the other hand, ran solo and remains doubtful. His most likely replacement, should he drop, would be Jamal Musiala, who had a great second half against Leipzig.

Nagelsmann has recovered two key men in defense such as Benjamin Pavard and Lucas Hernández, who started the season injured and reappeared, as starters, against Leipzig.

Fate has wanted Barça and Bayern to meet again when the former is far from recovered from the sports crisis, economic and institutional that overflowed on August 14, 2020.

But the Barça team will appear ready to face the trauma and with a new cheerful and groundbreaking shirt that will only be worn in the Champions League. The first objective is to be able to take it in more than six games.